You are here: Home / Games / Tabletop & RPGs / Can Necromancers ever be good?

Necromancers are wizards who communicate with and perhaps even summon the dead.

The etymology traces back to words like the Latin necromantia for ‘divination from an exhumed corpse’ or nekros which is Greek for ‘dead body’. The root ‘necro’ represents death while ‘mancy’ refers to diviniation.

Necromancers are often the evil wizard in fantasy stories. In fact, the Necromancer in J.R.R. Tolkien’s The Hobbit is likely to have been Sauron himself.

Can Necromancers be good in D&D 5e?

Yes, in theory. Page 118 of the Player’s Handbook says; “Most people see necromancers as menacing, or even villainous, due to the close association of death. Not all necromancers are evil, but the forces they manipulate are considered taboo by many societies.” 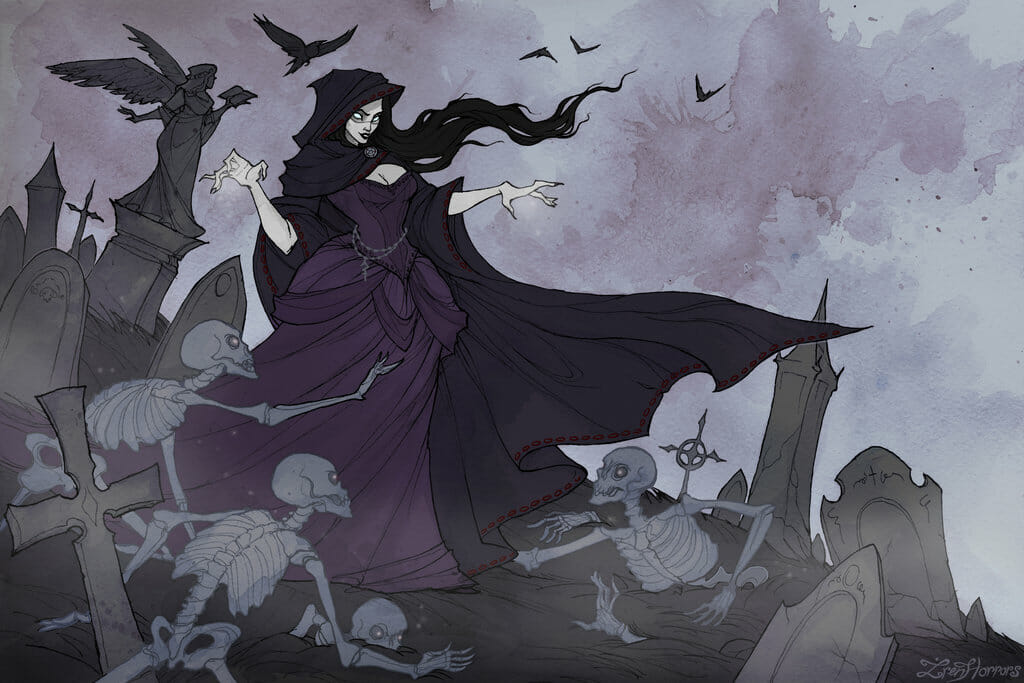 However, as is always the case in D&D and tabletop RPGs, it is up to your DM and the world they have created whether necromancers can actually practice their morbid magic while resisting the corruption of evil.

Geek Native put the question “Can Necromancers be good?” to readers this August. Titan Books had given the blog a copy of Magic the Gathering – Ravnica: War of the Spark to giveaway and answering the question was all that readers had to do to enter.

Only 36% of respondents thought that necromancers could not be good, while 64% thought it was possible.

As is often the case, the giveaway survey also asked whether readers considered themselves geeks or not. Why? Competitions attract the interest of people who aren’t necessarily regular geek natives but who have an eagle eye for giveaways.

It turns out that there’s a big difference in opinions on necromancy between geeks and non-geeks. After explaining, very briefly, what necromancy was 54% of non-geeks thought that necromancers cannot be good while 46% thought they could be.

The geek difference favours necromancers. An impressive 73% of geeks thought necromancers could be good compared to a mere 27% who thought that was impossible.

As usual, these surveys from Geek Native aren’t science. There’s no control group, no supervision, people are trying to win a prize. However, there’s no reason to lie, no wrong answer and we had around 100 responses.

What do you think? The widget below is a short Google form powered survey. It’s a new one, starting afresh and casting aside the War of the Spark data.

Cast your vote and the pie chart below updates a few minutes and a hard refresh later to show how you have affected the overall results.

If you vote in the poll above then you’ll be given the chance to see immediately how your vote changed the poll. If not, the pie chart below is only a few minutes behind.

Are these the results you would expect?

Can Necromancers ever be good?

Tabletop & RPGs Electric Bastionland RPG: From the creator of Into…