I pre-ordered the deluxe version for less than 800 Swedish Krona, and that’s about £65. In other words; about the same cost as a triple-A computer game and a fraction of the cost of ‘deluxe’ or limited editions on Kickstarter.

The black book as a faux leather cover and is gorgeous.

Now, as it happens, Free League gave pre-order folks a sneak peek at the cinematic starter kit, and I’ve already reviewed that. In terms of production value, mood, atmosphere and mechanics, there’s not much of a change.

I’ve reviewed myself into a corner. To try and get out – or make matters worse – I thought a video tour of the hardback along with a voice-over might be an acceptable alternative way to discuss the book.

It’s a hard book to film. The dark pages reflect light everywhere, but, hey, it feels worth it. This book feels like it could be part of the Alien set.

There are two game modes, and one is all about the Alien film set. That’s the cinematic mode. Your characters are in a world of trouble in that mode, which is designed for one-shots, as most will die.

In fact, conflict is built into the cinematic mode, and Free League write the adventures for it, carefully designing them, so characters have reasons to doubt each other, betray or take dramatic action.

The other mode is campaign mode. In campaign mode the danger is different, it’s still there, but it’s a little less likely to pop open a ceiling vent and eat you whole.

I hope this is what you would expect. Alien means death. A traditional RPG campaign means a series of adventures. The only way to have both in the Alien RPG is to have two different modes and toggle between them.

The action economy is part of the mechanics either way. You need to roll 6s to succeed, and you roll as many dice as equal to your attribute plus skill if you have the skill.

Thankfully you can push a roll, throwing those dice again that didn’t get a six to increase your slim chances of success. Doing so will increase your stress.

Stress is essential in Alien. You don’t count bullets or uncinematic concerns like that, but once your character is stressed enough they’ll stop firing their gun and, well, start to be cannon fodder. This is not what you want.

On the other hand, sometimes Alien reminds me of a computer game. If there’s no combat going on or even if you’ve had a chance to rest, then you heal up all that stress. I’m reminded of games like Halo or Destiny where you can take a breather if you can find a space to hide, and your shields regenerate.

Alien, of course, is neither of those games. It’s something far more famous. It’s a franchise in its own right. It’s set just after the sprawling human civilization is beginning to hear that the xenomorph threat might be real. Those are rumours in the distant mining colonies but proper concerns in the halls of power.

The characters you can play in the game reflect those cinematic entities. That includes merely being a ‘kid’ as a character. That’s a young and innocent human who happens to get in the way of the drama but who is all potentially full of surprises.

I liked the Cinematic preview. Now the £65 book has arrived I’m even happier. It feels like an excellent investment, a good game and a worthy addition to my gaming library. 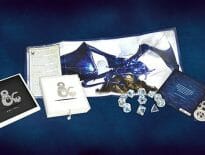 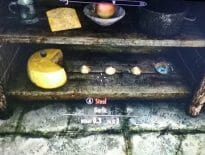