Two weeks ago Geek Native asked, “what’s going on with Eberron: Rising from the Last War?“. Why? Some people had expressed a dislike of the standard cover which showed a gnome artificer and a warforged. WotC seemed to respond in two different ways; either saying it was a temporary cover or that they rather liked the image.

Dungeons & Dragons’ publisher has now confirmed they’re changing covers. The gnome artificer is liked but will become a chapter cover, rather than getting the front of the book.

The new cover is by Wesley Burt and shows a warforged wizard with a halfling companion.

The timing worked out for Wizards of the Coast, the news that there was a new Eberron book coming ‘leaked’ from Amazon when gamers noticed the listing before any official announcement.

Perhaps as a result of this, the Dungeons & Dragons team had not yet sent the files to the printer to begin making the book. They were one week away from doing that.

Jeremy Crawford told viewers on the D&D YouTube channel that the team had been debating which cover to go with from the book. The gnome artificer was one choice, and it helped illustrate the fusion of magic and technology that Eberron is known for. Crawford also explained that it is not unusual for books to get tweaks and changes right up until the final image.

Burt’s cover had been the other candidate. The feedback from the D&D community help Wizards of the Coast make up their mind, and they swapped covers.

We’ve also been shown the full image. The halfling on the front cover has a dinosaur companion! The whole illustration extends to the back of Eberron: Rising from the Last War and you’ll be able to see the dinosaur there.

The limited-edition cover is unchanged and only available from local gaming stores, not online.

Wizards also announced updates to their first 5e Eberron book, the Wayfinder’s Guide. These are free upgrades to ensure that people have not spent their money on a book that’s entirely superseded by a later publication. However, Rising from the Last War remains the bigger of the two products. 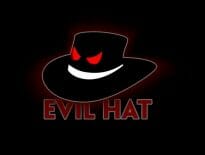 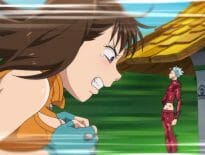