The company changed its legal classification to become a “Public Benefit Corporation”. In American law, this allows Kickstarter to be a for-profit company, but without the shareholders as the ultimate boss and so they could pursue the public good.

In their own words,

This week, April Glaser of Slate reported that two Kickstarter employees associated with attempts to organise a union at the company had been fired, apparently over performance issues, and that the company’s usual processes had not been followed.

Evil Hat Games has run 14 Kickstarters and raised over $1.6 million. Without Kickstarter in 2013, there would have been no Fate Core, and that’s an RPG system that enables many favourite games.

However, in a blog post the company expressed concerns that Kickstarter might not be inline with Evil Hat’s own ethical views.

They had been planning on launching a new Kickstarter campaign next week. The second edition of Agon, in partnership with John Harper, was ready to go. Agon is an RPG set at a time when war heroes are returning home only to become lost among strange lands populated by mythical creatures.

Evil Hat has delayed the Agon product, after talking to John Harper, while they reflect the on-going situation at Kickstarter.

The company notes, however, the would-be Kickstarter union, known as Kickstarter United, is not asking creators to abandon live or planned projects.

Kickstarter alternatives include Indiegogo and the game specialist Game on Tabletop which Paizo Publishing used to raise $500,000+ for Kingmaker 10th Anniversary. 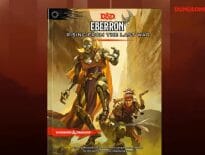