is a campaign setting for 5e inspired by Scandinavian myths, especially the Viking age.

Dream Realm Storytellers will be bringing to Kickstarter on September 4th and have a free to download to whet your appetite.

While Svilland itself is a fantasy world rooted in dark TV adaptations of Viking mysticism and brutality, Dream Realm Storytellers are based some 4,000 km away from Stockholm. These storytellers are based in Ankara, Turkey, and that’s not the side of the Black Sea I would imagine having any interesting in Norse legends, but the great thing about the roleplaying community around the world is how diverse and educated it is. I’m happy to have been wrong.

About the Svilland campaign setting

Two of the three omens of Ragnarok have appeared, and the realm is waiting for the third that will mark the beginning of the end. Kingdoms struggle against each other and Svilland has a dark atmosphere and reflects both the endurance and brutality of the surviving people.

The Father of the Frost Giants has awoken, the Bringer of the Black Winter has left his prison throne and yet the races and people of the realm must still concentrate on their daily chores and quests.

The free to download demo booklet has a little of the geography of one of the three regions in the world and four domains for your gothi (cleric) to test, archetypes for the barbarian, fighter, range and sorcerer as well as the runewalker as a new class. There are also new monsters which are a good reason why every DM should at least be curious.

Watch Kickstarter for the campaign to go live and keep up with Dream Realm Storytellers on their site. 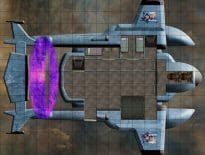 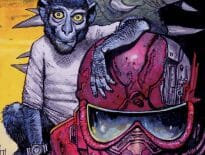