Gamers have noticed a new D&D hardback on Amazon which has not yet been announced by Wizards of the Coast. Eberron: Rising from the Last War does not have a named author yet but is due out November 19th of this year.

A few weeks ago Eberron’s creator, Keith Baker, announced an unofficial new Eberron project called Project Raptor and it looked as if Wizards was finished with the steampunk-fantasy setting for now.

Artificers become the first new class to be released since the core books, the magically talented inventors being a good match for the strange technology of the land. Previously, Artificers had been part of a playtest via Unearthed Arcana.

The new Eberron sourcebook will have 16 new races and subraces, including dragonmarks which can magically transform into certain races from the Player’s Handbook.

The city of Sharn is detailed, along with maps of floating castles, skyscrapers and information on airships.

According to Ebberon lore, the Last War was fought to reunite the Kingdom of Galifar after the death of King Jarot.

Jarot’s hair, by tradition, would have been Princess Mishann of Cyre. There was doubt of Mishann’s ability, though, and Prince Thalin of Thrane felt he was better suited. King Jarot, though, on his deathbed named Mishann and had Prince Wrogar of Aundair see that it happen.

However, war broke out, and only Wrogar remained loyal to Cyre.

The war lasted 100 years and only came to an end two years after the Day of Mourning destroyed Cyre. As a result of the peace, the Kingdom of Galifar split into a dozen smaller territories.

what is the small winged creature on the elf’s shoulder?

Eberron: Rising from the Last War revealed by Amazon early 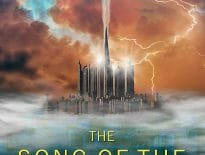 Books Ghostly steampunk: A review of The Song of the Syc… 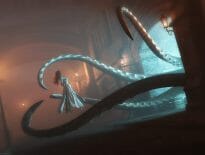