You are here: Home / Games / Tabletop & RPGs / CMON and CD Projekt Red will publish a Cyberpunk 2077 card game together.

CD Project Red is working with Cyberpunk’s creator, Mike Pondsmith, on a computer game set in the same world as Cyberpunk Red and it looks that deal does not prevent them from working with other tabletop companies even on related games.

CMON is the evolved state of “Cool Mini Or Not”, a website that once let you rate other people’s mini painting skills, and now a games company. CMON has raised more than $38 million on Kickstarter for their games.

We have a big board game community at the studio, and we couldn’t be happier to partner up with CMON. We love their games and are very excited to show the world our shared vision for a great card game in the Cyberpunk 2077 universe.

It’s early stages but seems to be going well, as the two companies have announced their intent to work together on other projects. I think we can now all expect a The Witcher game.

The game itself will be designed by Eric M Lang, CMON’s lead developer, and Andrea Chiarvesio.

In Afterlife, players are Fixers, the databrokers and masterminds in Night City who are responsible for putting teams of cyberpunks together.

The game is about balancing resources with cash and risk management with missions. Successful missions boost Street Cred, turning the characters into Veterans who can help train new recruits.

I’m a huge fan of Cyberpunk and have played it since the first edition. I grew up playing the RPG and have kept up with the franchise through the years. Andrea Chiarvesio and I were beyond thrilled to work on it.”

The same is expected to be released next year.

What do you think about the partnership between these two popular companies?

CMON and CD Projekt Red will publish a Cyberpunk 2077 card game together. 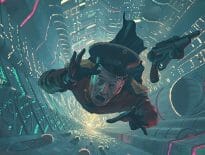 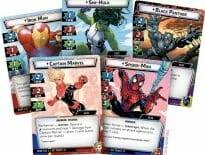