Living card games (LCGs) are a trademarked invention of Fantasy Flight Games. Games come with a set of cards, sometimes multiple sets of the same cards, but are then often expanded later with additional purchases.

That might sound like Magic: The Gathering or a collectable card game to you but the difference is games like Magic have random contents in their card packs, but the Fantasy Flight LCGs do not.

Marvel are on board with the concept and have licensed Fantasy Flight to create a Marvel Champions game.

Marvel Champions: The Card Game Core Set will cost around $60 a box. That’ll get you 350 cards, enough for up to four players, 100 tokens and five HP trackers. If all goes well, then FFG will release monthly expansions.

The game’s characters have double-sided character sheets; one for the hero and one for the secret alter-ego. Each player gets between 40 to 50 cards for their hero to represent powers, gadgets and allies. No one plays the villain.

She-Hulk feels like an exciting choice. It looks like Marvel and FFG were trying to balance out the genders and perhaps wanted to save Black Widow until closer to her phase 4 movie. Does this suggest Marvel are eying up She-Hulk for phase 5? That would be unexpected. 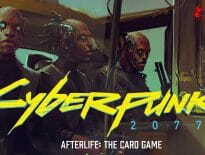 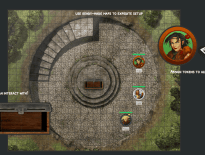