You are here: Home / Games / Tabletop & RPGs / A look inside: Degenesis – Black Atlantic

Geek Native reviewed the core Degenesis last year. It’s a post-apocalyptic RPG from the German publisher SIXMOREVODKA. I think it’s as gorgeous as you’d expect for a pen and paper roleplaying game from a company that does cinema level art. It also paints a rather bleak and desperate vision of humanity’s future.

The art is occasionally a little NSFW, but that’s not stopped Geek Native sharing illustrations of the Degenesis cults and cultures nor has it stopped us looking inside the supplements The Killing Game and In Thy Blood. Now we’re on to Black Atlantic, the last in this blogger’s Degenesis preview folder, and the supplement that covers what happened to Britain after the impact, the plague and the monsters.

Has the apocalypse worked out well for the island now known as Briton? It looks peaceful and idyllic on the surface. There are fields of wheat and Anabaptist chapels. The dangers of Souffrance are far away.

The danger comes from below the surface, from the waters and unhealed scars. This supplement also contains the truth about Northwest Franka, the sixth Chakra and what the Marauders are up to. Veteran players might tackle the mysteries of Jehammed.

The chapter Starfire has the history of the land, Burnt Idols unleashes the destructive forces that had been hiding until now, and then the adventure Black Atlantic kick starts the odyssey through Briton. Finally, in Thrown to the Gods, the campaign ends with details of things still to come.

The art of Black Atlantic

A look inside: Degenesis – Black Atlantic 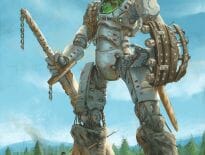 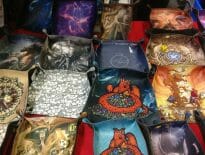