There’s a brand new print run of Traveller Fifth edition, with errata and some updates in the works. The new printing of the game is thanks to Kickstarter where the campaign is booming. It’s worth noting that this is not a new edition of Traveller. This game is Traveller 5, and that first saw print back in 2013. You can follow progress at the campaign page.

The very first Traveller RPG was published as three little black books, 48-pages for the Characters and Combat book, Starships book and Worlds and Adventure book. This edition will come as three big black books, 280 pages in book one and at least 304 for book two and three. They’ll have a slipcase.

What does that mean for the prices? The first pledge tier at which you get the physical book is US$100 (about £76), and well over 150 people have found the cash to go there. That’s more supporters than the previous PDF tiers combined.

Marc Miller is at the helm of the project; he was the lead designer of the original 1977 Traveller from Game Designers’ Workshop.

At the time of writing, there are 32 days still on Kickstarter clock. The project has funded taking in $75,000 of the $15,000 asked for, so there’s demand for the heavyweight set. CDROMs (remember those) and USB Flash Drives are also on offer. 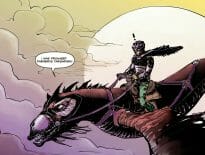 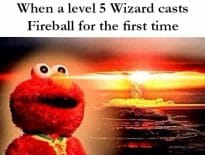