At the time of writing it isn’t April Fools yet. It’s still Sunday the 31st in Australia. However, Pokemon Go and Ingress programmer Niantic have already released their prank, and it’s a good one.

Ingress players have reported getting toast notifications. Toast notifications are a form of alert on a mobile or desktop screen in which a banner appears with a message and then slides away. Ingress Prime bugs have included words that tell players ‘Toast Notification’, and this April Fools seems to be inspired by them.

Are we sure it’s an actual April Fools and not actually a bug? Ingress’ social media has gone full-on Toast too. The Ingress Facebook page has a header complete with the toast notification symbol and an Ingress Prime toaster.

Ingress has now officially announced the April Fools/Toast feature. There’s an AP bonus of 100% for destroying and placing resonators. Frackers run twice as hot for half as long.

There’s also a new toast glyph. Niantic have not commented on the glyph but it’ll likely be removed come April 2nd. 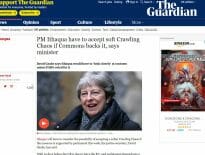 Console We are all living in a Lovecraft story: This Chrom… 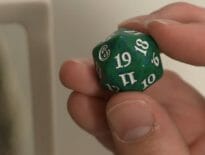