Niantic, now more famous for Pokemon Go than Ingress, has an impressive anime deal lined up. The show will air on Netflix this year and is all about Ingress.

In fact, the Ingress anime will probably coincide with the launch of Ingress Prime (aka Ingress 2.0). We’re going to make some wild guesses about the characters later, based on the game, so if you’re worried about spoilers stop reading now. 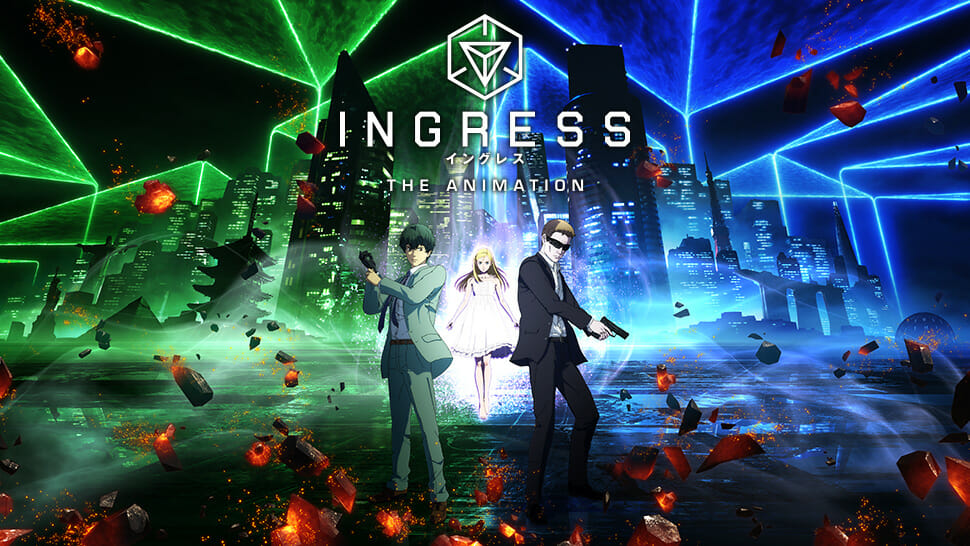 A deal with Netflix shows commitment from Niantic but the names associated with the project are even better. Yuhei Sakuragi is directing, and Neon Genesis Evangelion’s Takeshi Honda is doing the character design.

The three main characters are Makoto, Sarah and Jack. Not much else is known about the show. Netflix gives us a short blurb;

After scientists discover a mysterious substance that can influence human minds, two factions wage an all-out battle to control its awesome power.

Ingress players will be able to infer more information from the key art that’s been released though.

Makoto is on the left of the picture and in green. He’ll be the Enlightened character. Of the character’s he has the most Asian sounding name and despite his messy green hair he is otherwise pretty clean cut. That’s a promising sign for anime heroes.

Jack, on the other hand, looks a bit more European or American. He’s in blue and a suit. This means he’ll likely be the Resistance. Three years ago I highlighted the problem with the Resistance storyline. It turns out that the Resistance aren’t the plucky rebels, they never were. The Resistance is the status quo. They started out as the force of authority and the agents who represented the secret organisation behind the project. It’s ‘resistance’ as the thing you have to overcome. Later on, in the game’s plot, we discover that the Resistance founder has been cooperating with an alien faction all along. This might not be the version of the Resistance that some Ingress players imagine.

The fact that Sarah, in white (or perhaps grey like an unclaimed portal) is in the middle suggests a bit of a love triangle between the three or Sarah having to decide which faction to go with.

The green and blue patterns in the background are links and control fields. It’s likely that we won’t stray too far from these designs in Ingress Prime if they feature so heavily in the anime’s promo art. 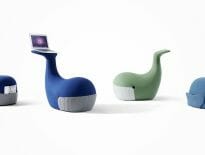 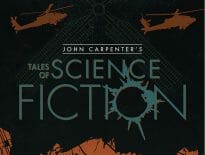