The Ingress anime is about to air in Japan and is due on Netflix later this year.

We already know a little about the Ingress anime so let’s carefully attempt to work out what the trailer is showing. Auto-English captions are not yet available.

It begins by showing a three glyph message decoded Begin, Danger, Message. Begin is one of the newer glyphs that have started to appear in the scanner.

It then seems to show the lead character, the woman called Sarah, meet up with the green-haired man called Makoto. We’ve speculated that given the colour of his hair he would be an Enlightened agent. The Enlightened logo shown on a mobile phone/scanner in the trailer seems to reinforce this.

Makoto and Sarah then seem to be on the run. There’s the slight suggestion they’re being chased by the third most significant character: Jack. If Makoto is an Enlightened agent, then the odds are high Jack is Resistance.

This set-up mirrors the beginning of the Ingress storyline. In the game, a secret organisation (Niantic) discovered the powerful exotic matter, but some of the original research team broke free/defected from the program and went on the run. Their goal was to bring the exotic matter to the general public and not have it controlled by powerful organisations. However, these first two Enlightened agents were chased down and one (Jarvis) murdered. The organisation set up to oppose the Enlightened is called the Resistance, and the two continue to be at odds to this day.

However, there are lots of shades of grey in the Ingress plot. Some Enlightened characters, at times, don’t feel very Enlightened at all. Not all Resistance agents feel they are fighting for the status quo or protecting the interests of big business; some believe that exotic matter will lead to an alien invasion if not carefully controlled.

The trailer may show the Enlightened helping to rescue Sarah, but plot twists are likely. 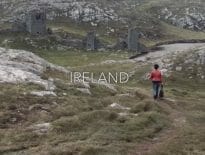 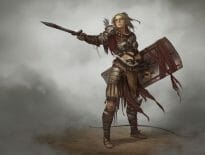