You are here: Home / Games / Mobile / Pandemic on Xbox and Switch announcement trailer

Board game giant Asmodee has been busy with Asmodee Digital and turning their valuable licenses into computer games. Next up: Pandemic!

This is already a mobile game that you can find on App Store, Google Play and Amazon.

The game also exists on Steam, and now, with this announcement trailer, we know it’s heading for Xbox One via Xbox Live and Nintendo Switch.

It’s a simulation and strategy game for one to four players that can be played solo without AI, or solo with AI or local multiplayer.

There’s a debate in the YouTube comments as to whether humanity should be saved from the outbreak or whether the planet would be better off without us. Such is life.

Do you play the Pandemic board game? 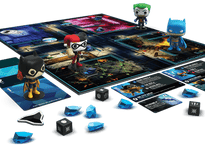 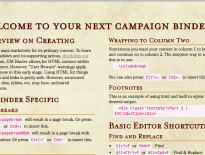 Sites 4 different ways you can make your D&D 5e sta…
wpDiscuzComment Author Info
Manage Cookie Consent
This site uses cookies 🍪, and links are ads that may earn bloggers some money 💰, and with this alert, I very much hope that these dark truths 🧌 are acknowledged.
Manage options Manage services Manage vendors Read more about these purposes
Preferences
{title} {title} {title}