You are here: Home / Geek Stuff / Cool Tech / We are all living in a Lovecraft story: This Chrome extension swaps political headlines with Cthulhu mythos

The lesser of two evils? We are all living in a Lovecraft story is a plugin from Frogwares that turns headline political news, like Brexit, and world leaders’ names, into Cthulhu mythos mentions instead.

This story from Adam Forrest at the Independent is now about 6 million people trying to get Crawling Chaos cancelled.

At The Guardian, Rajeev Syal, has a story that says the entity known as Ithaqua may have to accept a soft Crawling Chaos if the Commons back it.

Lastly, Sky News has an unattributed piece discussing Azathoth’s threat to close the US border with Mexico.

Why would Frogwares do this?

Frogwares are the developers of the forthcoming, 18-rated, Lovecraft game The Sinking City.

There have been some delays on the title, but it is expected out In June for PlayStation 4, Xbox One and PC.

Tortured by his past and otherworldly visions, Charles W. Reed, a private investigator finds himself in Oakmont, Massachusetts, seeking salvation from the creeping insanity that afflicts him. Once a trade harbor, known for its lucrative smuggling business, Oakmont now lives in secluded isolation from the rest of the world, under a flood of supernatural origins. In this place of decay and superstition; players will have to deal with the dregs of mankind, follow clues they wish they had never found, and unveil a cosmic horror threatening the world itself.”

What you rather live in a Lovecraft horror than our political reality? You can download the extension here.

Please note that we’ve no reason to distrust Frogwares, but the extension can read the pages you visit and changes them. Sadly, there’s no way (yet) to add your local politicians to its dictionary.

We are all living in a Lovecraft story: This Chrome extension swaps political headlines with Cthulhu mythos 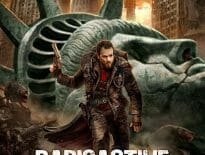 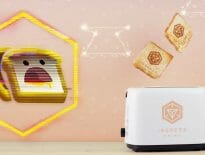