How many Daleks can you name? Dalek Sec might be one of a few. He’s appeared in the Army of Ghosts and Doomsday, in Daleks in Manhatten and the Evolution of the Daleks on TV. Sec is also in the short story “Birth of a Legend” written for the Doctor Who Files.

Sec was the leader of the Cult of Skaro and charged with keeping the Dalek race alive. To achieve his goals he was able to think differently from other Daleks. He took radical steps and became a human-Dalek hybrid. It’s worth watching the show, of course, to find out the trouble that caused.

Dalek Sec is also Funko Pop 275 and Geek Native has one model to give away to one lucky winner with a mail address in the UK (sorry; license, legal and logistic reasons).

About that poll question?

You might wonder why Geek Native asks weird questions in our competition polls. Those questions are asked so the blog can write up any interesting, or possibly intriguing, twists in the answers.

I’d love to see Dr. Who – Exterminate! – Into the Time Vortex Game as your next prize!

oohh the first to comment . . . . l prefer Trivial Pursuit: Dr. Who as it has a broader base of questions

The Hasbro Trivial Pursuit: Dr. Who.

Dr. Who – Exterminate! – Into the Time Vortex Game . if it comes back into stock

Doctor Who K-9 Pop! Vinyl Figure would be great for the collection.

GALEFORCE 9
Doctor Who : Time of the Daleks

Dr Who :Time Of The Daleks

I would love to win Cubicle 7 Doctor Who Time Clash : Starter Set next please x

Dr Who :Time Of The Daleks

Cubicle 7 Dr Who- The Card Game

I think I’d like the Funko Pop! Doctor Who: 1st Doctor

Warlord Games Dr. Who – Exterminate! – Into the Time Vortex Game

The Dr Who Fluxx game looks great fun and my kids love Dr Who.

The Dr Who Figure

I’d like to win GaleForce 9 Doctor Who : Time of the Daleks.

I would choose the Trivial Pursuit Dr Who

One of the board games like Doctor Panic would be great for our family bonding time :)

I’d choose another funko pop, 1st doctor would be cool but I do have a sweet spot for Rory

The Hasbro trivial pursuit dr who game – so I could prove what a dr who master I truly am!

Cubicle 7 Dr. Who – The Card Game (2nd edition) would be awesome

i would chose the Funko Pop Doctor Who 1st Doctor #508

It would have to be the Funko Pop: Doctor Who, 1st Doctor. I would love to add this little beauty to my collection

Funko Pop the first doctor who

The first doctor who funko pop 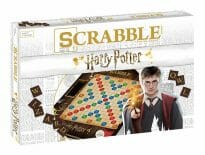 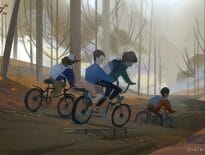