You are here: Home / Games / Tabletop & RPGs / Genre Police: The Kids Are All Right

The ‘Kids On Bikes’ genre has really taken off recently. In a hail of 80’s synth pop, suddenly it’s everywhere.

Tales From The Loop, Stranger Things, Turbo Kid, Paper Girls and Kids On Bikes are just the tip of a massive cultural iceberg. As the generation that grew up in the eighties binging ET move to the forefront of media management and creative teams, their past is dredged up and re-sold to their contemporaries. Alan Moore might not like us having “The ephemera of a previous century squatting possessively on the cultural stage” but we’ve managed it. We’ve washed over the bad parts of our nostalgia, pretending that Rick Astley was ever acceptable and purposefully forgetting that Steven King used to use the simile ‘Pale As Cheese’ in most of his books like Paleness was a defining factor of cheese.

But in really, is it that bad to use nostalgia as a tool? A nostalgic view of our past self is perhaps representative of the person we want to be, a reflection of the positive elements of our personality we hope survived and wish to resurface in the future. We’ve always done this, looking back to childhood in hope of finding universal truths. Is there wisdom in youth? Or are all kids idiots? Grab your lunch and skip class as we look at the evolution of of pre-teen adventures.

Also, Alan Moore telling anyone not to re-use old cultural materials to tell new stories is odd, given the whole League Of Extraordinary Gentlemen run did just that. Just saying.

From The Mouths Of Babes

In the West, the child as protagonist and innocent originally emerged in the 18th century, when people as a whole began to move away from the ideology that humans were born sinful and matured towards morality. As this view took hold, so slowly did the idea that children were not just proto-adults. By the late 1800’s, stories for children and featuring children start to emerge and childhood itself is seen as a legitimate state of being, often to be cherished. This ‘Cult Of Childhood’ wrote some of the most famous and memorable child protagonists including Alice, Peter Pan, Mowgli & Jim Hawkins. These children were able to go on adventures on their own and explore fantastic worlds or lands but also had a romantic innocence that writers felt was to be preserved and protected. The Era of childhood adventure had truly arrived.

But slowly, a split in trends emerged. While in some stories childhood was preserved or extended through magical means, other tales became tales about how the loss of innocence that ends childhood isn’t necessarily a bad thing but instead a necessary function of life. Tom Sawyer & Huckleberry Finn grew into men before our eyes. And the stories about children weren’t just for the children any more – the Little Women Trilogy’s examination of the borderland between childhood and adulthood before the invention of the teenager as a concept is a moving tale for any adult.

And I think it’s here that we can engage with the material as useful. At some point, the Child heroic journey becomes symbolic: a signifier of our journey from innocence to experience. That tale, full of flawed characters making mistakes through inexperience and growing into young adults is rife for exploitation by any good gaming group or writer. We have somehow lost our innocence and we need to get it back. Modern culture struggles to find its place when its ancient value systems – nationalism, spirituality and tradition – have been systematically deconstructed by post-modernity. In order to find some semblance of order, we revert to our childhoods. Hartley wrote that the past was a foreign country but didn’t mention it is one we long to visit.

You know, maybe Moore was right, this doesn’t sound too healthy. Maybe that’s why the majority of the media in which we see the ‘child protagonist’ in the modern era is skewed towards horror. We understand that the rose-tinted glasses exist and can see that under the surface lies darkness and teen angst, just waiting to erupt. Something like Stranger Things is not just dark because it contains abominations – it’s aware that 1980’s America contained enough human horrors for a lifetime. It’s not an attempt to get back to the past and willingly bury our head in the sand. It’s a re-examination of an era through the eyes of the children who saw it, an attempt to convey and explain the confusion of the end of major moves of the Cold War.

So it’s more than Nostalgia. Bear that mind when you plan games with kids in them. It still has to be about something, Ask questions. Challenge accepted adult truths.

RPGs where you play pre-teen protagonists are actually quite numerous and cover a wide variety of styles and genres. I have tried to select a few aimed at adults rather than children. Also a big shout out to Kids On Bikes a game that has a mechanic for powered characters like E.T or Eleven being played by the whole group.

Tales From The Loop: While it seems like this is Stranger Things inspired, the game is actually based on Simon Stalenhag’s haunting, evocative artwork. A ride through a very strange adolescence, Tales is a modern delight.

Kidworld: Set in a post-apocalyptic world where a virus renders anyone who undergoes puberty blind, this child ruled wasteland owes more than a little to Lord Of The Flies. While some of the rules are a bit over-complex, the setting is very unique.

Grim: Hard to find now, this ‘dark Narnia’ full of lost children and corrupted fairytales was a real shot in the arm when it first arrived on the scene. Originally a D20 experiment, it matured into a unique system in the second edition which is more narrative based.

Here’s a few ideas for making any ‘kids quest’ you undertake (be it main plot or side quest) feel much more down with the kids.

Useless Or Cruel Adults
In a game where kids are the players, adults take the place of the populace at large: ultimately they fail. If you are interested in examining the dynamic of being child in an adult’s world, the adults can be cruel or unkind. If the game is about the cruel insular nature of childhood and maybe features villainous kids, the adults are clueless. In children’s tales, the children must have the agency themselves. We have to dumb down adults a little, or make them mean. Because otherwise we have to explain why they don’t help.

Soundtracks
A good way to catapult people back to a certain place or time is with sound. If you are setting you kid game in a specific era, try to build a backing track with hits from that time frame. Failing that, ask players for songs that reflected their childhood in order to put them at ease.

Growning Pains
Endings in a lot of games might feature character death and progression. In some children’s stories, a win is never growing up and staying put in the fantasy realm. You need to decide at the beginning of the campaign if this is going to be about staying innocent or becoming an adult. This message will dictate a lot of the tonal choices you make as a GM and inform most of the NPC attitudes in the game. Because in a game like this, all non-fantastical NPC’s are on the same journey the kids are – into adulthood. Adults represent a possible future for some of the children, people they might grow up to become. Every interaction with them draws conclusions about what the story says it is like to grow up.

Structure: Two Games, One Story
A way to convey a sense of weird Narnia-like mystery is to run two games. In one game, a modern ruleset like What Old Is New, Unknown Armies, World Of Darkness Or Even Savage Worlds, the player characters are children in a seemingly normal world. When they come across a barrier to another world and leave ours, they leave their physical forms and rulesets behind, becoming capable warriors in fantastical realm, stuck in the bodies of heroes. This section always uses a more ‘standard fantasy’ ruleset like Runequest, D&D or Dungeon World. But as events unfold and character step back and forth between worlds, maybe problems spill out into the real world? Or other people enter this place and get lost or die, prompting real-world searches and consequences? This trope as a storytelling device is overused but in an RPG, it’s much rarer and can create a really interesting otherworldly effect to proceedings.

Now, what about if the kids grew up? Would they get rid of their issues and heal? Or are we looking at a few messed up teenage years? Let’s take a look next time when we stumble into that most hated of all sub-genres…

Genre Police: The Kids Are All Right 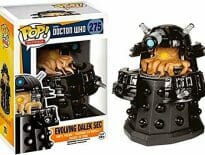 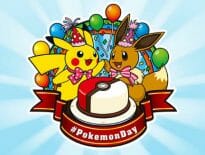