You are here: Home / Geek Stuff / Survey results: Is a United Earth government a good idea?

Do you think a United Earth government a good idea? It wouldn’t necessarily mean giving up a local government because many systems still allow for local decisions to be made at the local level but it would mean less power for it. It would mean that big decision, those that affect the planet as a whole or a large chunk of the population would be taken by a single organisation?

In September of this year, Geek Native had a copy of the novel Halo: Silent Storm to giveaway. Silent Storm is an official story of Master Chief from the Halo universe and that’s one where a single and united humanity is locked in a war against a religious alien threat.

To win a copy of Silent Storm competition entrants simply had to answer a poll question; whether they thought a United Earth Government would be a good idea or not. There was one wriggle; contestants also had to say whether they considered themselves a geek or not.

Overall; people don’t think a United Earth Government is a good idea. Just. 53.76% of people voted against the idea. 46.24% thought it was a good idea.

Geeks are more likely to support a United Earth Goverment

This wasn’t a scientific survey as everyone taking part was trying to win a copy. We had about 100 respondents and about 60% of those identified as geeks.

It turns out that geeks thought differently from non-geeks. It was close but 61.7% of geeks actually backed a United Earth Government.

In contrast, 37.1% of non-geeks backed the United Earth Government.

What do you think

We’ve re-opened the poll. Let us know whether you think a single government to make decisions for the planet is a good idea or not.

Survey results: Is a United Earth government a good idea? 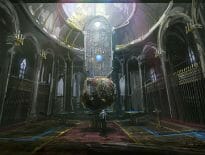 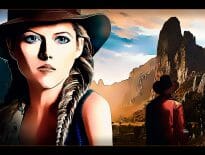