You are here: Home / Geek Stuff / Just who is the most hated superhero of all time?

Last week we had the retailer put together superhero workouts. It’s strictly digital this week; with data from a social monitoring tool called LinkFluence, Ebuyer tried to work out whether conversations about heroes were positive or negative in sentiment.

The technology is supposed to be used by brands snooping on your public chat to find out whether or not you like them, but, hey, I’ll take superhero analysis as a good use! Ebuyer also looked at the total post count.

We grumble about Wonder Woman

It was Wonder Woman who scored the most poorly. A backlash against 1984 not being as good as the first? Concerns about Gal Gadot, an Israeli Defense Force soldier in a movie in which missiles chase a family down the street? Angry men grumping about powerful women? Ebuyer’s research doesn’t say.

What Ebuyer did say came from Andy Roberts, the E-Commerce boss there;

Superhero movies have become the biggest movies of the year in recent times. With 6 of Marvel’s blockbusters featuring in the top 15 highest grossing movies of all time, you’ll be hard pressed to find someone who hasn’t seen at least one superhero flick.

I think this research is very interesting as it allows everyone to see what the internet thinks about their favourite superheroes.”

Close behind Wonder Woman with plenty of negative banter are Iron Man and Spider-man.

If you can call him that, the most popular superhero is Deadpool, and almost one in three conversations about the character were classified as positive.

In the second place, though, is Black Widow. Less angry men this time? A better movie out, or perhaps her role in End Game?

And then, weirdly, Spider-man is both liked and disliked as the web-slinger ranks in this chart too.

Certainly, most conversations analysed by Ebuyer’s tech were about Spider-man. Just how many? 16 million.

Just who is the most hated superhero of all time? 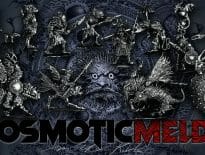 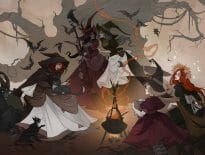