You are here: Home / Games / Tabletop & RPGs / Things from the Flood are coming

Tales from the Loop was, perhaps, the breakout RPG of 2017. Free League Publishing’s RPG stormed the ENnies and left many gamers in love with it.

I missed out on the Kickstarter and haven’t found a reason to splash the cash on it yet… but Free League Publishing will soon give me a second chance. Things From The Flood are coming.

Tales from the Loop is not fantasy, sci-fi and the occult and yet all of them at the same time. The RPG is based on Simon Stalenhag’s paintings of Sweden in the 1980s and is full of strange beasts and weird machines.

Conjuring up images of Stranger Things or even E.T. players take on the role of mystery solving teenagers.

Things from the Flood is the standalone expansion

Based on the art in Stalenhag’s Things from the Flood the RPG supplement will also follow on from Tales from the Loop. It’ll advance the timeline from the 80s to the 90s.

There’s a Kickstarter and that’s scheduled for September 18th. That’s the very same date as the Lex Arcana is due!

Crucially, the word ‘standalone’ in ‘standalone expansion’ seems to mean you don’t the previous RPG to enjoy this one. It’s a self-contained rule system. Writing on Facebook, author Fria Ligan says;

In this major expansion, fully playable as a complete game, you step into the shoes of teenagers growing up in the midst of a decade of change – and disaster.

However, if you want your teens from Tales from the Loop to have grown older and encounter a new series of retro sci-fi adventures then you absolutely can. However, Ligan warns us… this time they can die.

Determined not to miss out this time, I’ll be keeping watch for the Kickstarter. In particular, I’ll hope that there’s a pledge tier that enables me to back the project and pick up a copy of Tales from the Loop in a single move.

Things from the Flood are coming 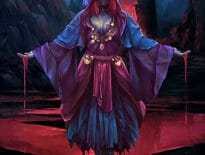 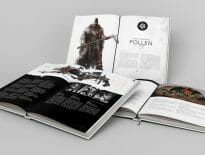