Welcome to back Genre Police, a series of articles where I take a look at a genre or sub-genre, how it has been handled in gaming and how we can implement that in our games. Today, we are going to round up our fantasy sub-genres for now with the most venerable tradition of all – Sword and Sorcery.

What Is Best In Life?

The goalposts of Sword & Sorcery have been moved regularly, especially since the birth of the genre. Spinning out of pulp (and sort of being a subgenre of that) its importance and scope has waxed and waned over the years. Some argue that Grimdark is the modern successor as it is a fusion of S&S styling, high fantasy and then modern values. Like high fantasy, the waters here are muddied.

Importantly, I think, the values here are different. In high fantasy often a hero will succeed due to a high destiny or magical talent. In Sword & Sorcery, often the victory is achieved by skill, cunning and willpower. Unlike high fantasy, which attempts to tell a epic saga, S&S tends to be personal stories of individuals with exciting lives.

Historically many Sword & Sorcery tales were published serially in magazines alongside lurid pulp and horror stories. The authors desired to grab the attention of the readership and force them headlong into a fantastical realm before the word count ran out. It isn’t a genre of subtlety and often involved the ‘Semi-nudes’ mentioned in the article title. Like High fantasy, the aim here was escapism, but also to reaffirm that an individual can make a difference.

Dungeons & Dragons: I’m glad the tales of Lieber & Howard did grab a young Mr. Gygax by the heart because without it, maybe RPGs as we know them today would not exist. There is no denying that Dungeons & Dragons falls into the ‘valley’ between HF and S&S and earlier editions especially are very rooted in that tradition.

Dungeon Crawl Classics: I think going into Sword and Sorcery without a tip of the hat to the OSR (Old School Revival) movement would be silly and while a lot of weird and wonderful stuff is out there (I’m looking at you Yoon-Suin) I think the most accessible game amongst the lot is DCC. A game where players face ancient, deadly challenges and you make a character by basically picking the one that lives through character creation. It’s full off-beat pulp style adventures that are straight out of ‘Weird tales’ magazine.

Warlocks & Warriors: This is an odd one. As a sourcebook for Mutants & Masterminds, this is an attempt to capture the feel of fantasy comics, which in turn are influenced by or re-imaginings of S&S heroes. It does a great job of modelling Conan, Elric, Waylander and others in this typically superhero game system. Worth checking out for a different take on the same stuff.

The following are a few ways you can make your game S&S without just covering it in naked Barbarians.

Personal Focus & Tangible Impact: S&S stories allow for a personal focus. We aren’t talking about a multi-character epic. We need a few high skilled individuals and their stories. In game terms we need to limit the number of NPCs and develop the interpersonal relationships – the personal stories drive the drama. A vast war may break out in your story but we don’t need to see how it effects the entire world. Focus on how it damages the players and those around them. It’s a tale about exceptional individuals – allow those individuals to effect the world. Allow the characters to change things and upset the status quo. Remember – Conan became a king. In High Fantasy we can save the world and restore it. In S&S we can make individual lives better by taking charge and changing it.

Fluid Morality: As long as it isn’t too deviant, you should let a lot of morally grey actions taken by characters pass unquestioned. Heroes of Sword & Sorcery were often barbarian raiders, pirates, thieves and assassins. It’s important to the genre that these individuals can triumph by using those backgrounds to aid them against oppressive forces.

Powerful Effects Budget: In Sword and Sorcery, magic is powerful, uncommon and often evil. In this arcane nightmare, everyman heroes stand against impossible odds and survive on wits alone. Everything that is out of the everyday needs to be portrayed as something amazing and scary. Overdescribe spell effects, when monsters arrive make sure you snarl and roar, giving a description of just how unstoppable this new horror is. You need to make every victory against the dark feel like it matters.

The Ancient Ones: Ancient evil lurks in S&S worlds, forgotten horrors, worshipped or woken. Putting in an ancient ruin that no one knows anything about with an unreadable language is good. Relics from the civilisation is a useful touch. But remember to keep it in the background. The players should never discover enough about it to paint a full picture. It’s not about solving an ancient important mystery. It’s about creating a sense that the bigger picture is done and it’s now up to people to make the important choices.

Word Count: Often, the catalyst for creativity is rules. Imagine for a moment that you have a ‘word count’. Once you have written your adventure look over it. Is any of it slack? Could you improve the story by cutting the bit where they faff around in the city talking to the quest-giver and instead start in media res, with the heroes knee-deep in the first combat and then explain how they got there? Diving headlong into the action like this give the game a ‘pulp magazine’ feel and demands the player’s attention. Kill Downtime. Pass it forward to the next adventure. Talking of which…

Episodic Stories: While a consistent continuity is important, consider not starting the next adventure straight after this one. Instead say something like ‘a few years pass, where are your characters now?’. This structure makes each time the heroes must sally forth feel like the beginning of a new novella or weird tale. Feel free to have an ongoing story (Leaving plot threads unresolved shortens word count!) but make sure each adventure has a clear beginning, middle and end. Give the players downtime that is brief but stretches over years.

Feel free to yell at me as much for this one as the high fantasy entry. Next time – we leave fantasy behind and touch on something a bit more…modern.

Picture credit for Barbarian by elee0228, shared under Creative Commons. 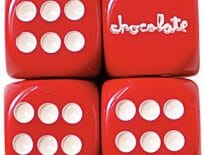 Geek Stuff Is this a thing for Valentine’s Day? Chocola… 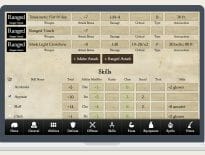