Watched games played on Twitch? WiFi wars lets you play along, in a team, on your smartphone.

I first encountered Steve McNeil when he was one half of McNeil and Pamphilon’s Go 8-Bit and performing live shows in Edinburgh’s Festival Fringe. Since then Go 8-Bit has made it onto National TV and is hosted by Dara O Briain. Given Dave, the comedy channel, now has the show Dara O Briain’s Go 8 Bit it’s no surprise that we no longer see McNeil and Pamphilon’s Go 8-Bit.

We do, however, have WiFi Wars, which may remind you of the live show and also features the tech guru King Rob. Right now there’s an excellent chance to get involved in the testing of the next generation. The WiFiWarsUK Twitter account is announcing when new game testing is happening.

So far we’ve had this stream page to give us any advanced notice and point us the right Mixer, YouTube or Twitch channels for the action but now Steve McNeil has launched a diary series which sets out a regular schedule. 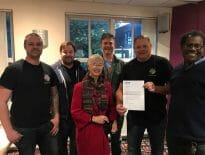 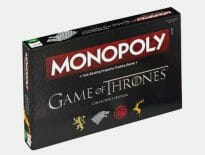 Games Only 100 available – IWOOT’s Game of T…
wpDiscuzComment Author Info
Manage Cookie Consent
This site uses cookies 🍪, and links are ads that may earn bloggers some money 💰, and with this alert, I very much hope that these dark truths 🧌 are acknowledged.
Manage options Manage services Manage vendors Read more about these purposes
Preferences
{title} {title} {title}