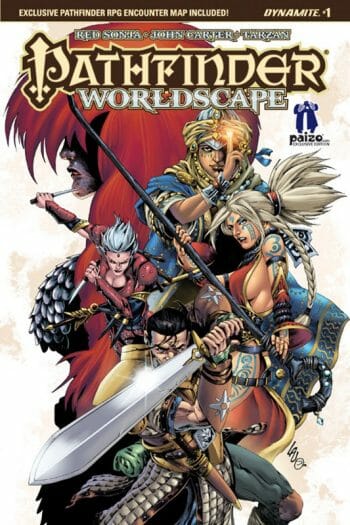 The big press release from the two companies says that the Pathfinder, Worldscape and Starfinder marathon kicks off off tomorrow, October 11th, at 11am Pacific Time on the Official Paizo Twitch stream. The only problem with that is tomorrow is the 12th.

I’ve taken a peak at Twitch. Right now in Paizo land there’s the remains of a test broadcast with Jim Butler and Erik Mona. It had over 1,200,000 views. It’s TODAY!

There’s proper money at stake. There’s more than $500 in a Humble Bundle of games, comics and minis at a ‘pay-what-you-want’ price available. We’ve been given this address for the bundle. There’s nothing there at the time of posting but clearly one to watch.

We’ve the schedule for the 8 hour long live stream too. 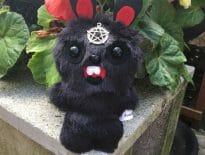 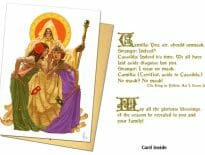 Geek Stuff Cthulhu Christmas? Nah, go Dreamlands instead
wpDiscuzComment Author Info
Manage Cookie Consent
We use technologies like cookies to store and/or access device information. We do this to improve browsing experience and to show personalised ads. Consenting to these technologies will allow us to process data such as browsing behaviour or unique IDs on this site. Not consenting or withdrawing consent, may adversely affect certain features and functions.
Manage options Manage services Manage vendors Read more about these purposes
Preferences
{title} {title} {title}
Loading Comments...