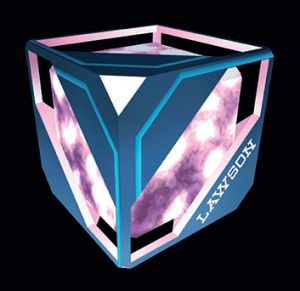 Ingress is the augmented reality game from Niantic that came before Pokemon. It’s less random, has only two factions and a great community. One of the clever things Niantic got right was to introduce sponsored items rather than adverts to the game play. The most powerful shield you can hope to deploy, right now, is the AXA Shield and that’s named after sponsors AXA Insurance. I think it helps to create a bit of a cyberpunk feel to the battle.

The following ten ideas are provided as food for thought and inspiration. You can use the rating widget with each to express your displeasure at rubbish ideas or to signal to Niantic when there’s something worth considering. All the ideas are, hopefully, in the spirit of Ingress. In other words there’s nothing here to discourage players from getting up, out and about. Team work and tactics will overcome high levels.

This shield, like any other, helps protect Portals from damage. Unlike ‘standard’ shields the presence of this MOD on a Portal helps protect against JARVIS virus, ADA Refactor and Decay virus deployments.

It is suggested that the shield isn’t made too strong. Agents should have something to think about; protect against common attacks or rare. How strong do you think it should be? Suggestions in the comments below, please.

Possible Sponsors: Antivirus companies like Norton or AVG would be a great match. Any ISP or broadband provider is also a strong candidate.

Two new items for the price of one idea. The behaviour of the Vampire Turret or Vampire Force Amp is the same as Turret and Force Amp with the following difference; it uses hits scored against attacking agents to replenish its own health.

In a head on attack neither the Vampire Turret or Force Amp will do much to slow a powerful agent down. It may need one or two more hits before its blasted off, depending on how Niantic’s algorithms are fined tuned, but that may be enough to persuade the agent to use UltraStrikes rather than bursters. Against agents who pass by in busses and taxis who don’t have the time to engage properly or in some splash damage situations the Vampire attack mods are more of a serious threat.

Possible Sponsors: This is good item for all sorts of companies to get involved in Ingress with. Energy drinks and healthy eating brands feel like a strong match.

Possible sponsors: This should appear to travel companies like Expedia, Uber or Gett. Any number of airlines should be interested in being associated with such a powerful item.

To date the only virus based attacks in the game flip portals from one colour to another. The decay virus in different in two ways. The main ability of a decay virus is to significantly increase the rate of Portal decay on the target. A healthy Portal will die within the hour unless it is recharged and then the virus runs its course.

The other feature of the decay virus is that it can be stacked. Portals can be hit with multiple instances of the decay virus which has the effect of increasing the rate of decay. This means defenders can pour more XM into the portal to keep it alive or have a shorter wait until the portal greys and the virus runs its course.

Possible Sponsors: Brands will likely think carefully before being associated with a virus but healthcare brands, especially oral, might be up for.

Timebombs introduce a new mechanic to the game. These items are armed only once they’re dropped. If they’re picked up before they explode then they’re disarmed and ready to be used again. This means the use of timebombs is a gamble.

As timebombs explode from the XM layer and not configured by a scanner, like the XMP Burster or UltraStrike, they hit Enlightened and Resistance Portals in range when they go off. This writer suggests a standard fuse of 10 minutes and a blast equivalent of a lv 10 XMP Burster for damage as any agent can pick up the items to diffuse them.

Possible Sponsors: As with the decay virus some brands may not want to be associated with a weapon but I think this is a good match for other gaming companies, console manufactures or even painkiller and vitamin pills.

This Portal Mod can be seen as the opposite pair for a Link Amp. Portals with this Mod attached have a chance of firing a link out to a random portal whenever they’re linked to. You could think of it as the incoming link reflecting off the portal to become an outbound link.

Link Reflectors give portals in hard to reach places a new use and should help to bring some new life to inner-city battles.

Possible Sponsors: This is a safe one for brands and should attract banks, home improvement or even supermarkets.

Previously, Geek Native has suggested 4 alternatives to Ingress’s Shard Anomalies and that introduced the idea of stable vs unstable portals. Unstable portals are erratic and randomly omit XMP blasts, change frequency or even drop links. A crucial element of unstable portals is that the instability can spread to nearby portals.

Stabilisers, as the name suggests, cure Portals of instability but with one significant catch. Stabilisers fired (like a Jarvis or ADA) cause portals of the opposite faction to become stable and portals of the same faction to become unstable. Therefore, without an anomaly situation, factions cannot turn their rival portals unstable. Niantic can play with how and when plot creates bouts of instability (and there’s always inter-faction bickering) to create new cross-faction game play.

The result of not helping to counter an outbreak of instability is that it may spread to your farm.

Possible Sponsors: Another safe idea for brands which should appeal to many tech names, insurance or financial planning services.

Is there any space in your inventory for common Heatsinks or Multi-Hacks? There are two types of Boobytrap Mods: Heatsink Boobytrap and Multi-Hack Boobytrap. They look like their namesake mods as well. This means anyone inspecting the Portal will be able to see it has been Boobytrapped but a causal and quick glance might miss it.

Boobytraps go off once the Portal has taken enough damage – similar to a Portal dropping its hack mods while under attack. The effect of a Boobytrap going off is a significant XM drain on opposite faction scanners in the area.

Ingress Portals should decay if they’re not recharged. That feels like a sacrosanct rule of the game. However, the Portal Feeder Mod reduces the speed at which the Portal decays.

There are two consequences of deploying a Portal Feeder. In the first instance it reduces the amount of XM the Portal produces – as that XM is used to recharge the portal instead. The second side-effect is that Portal Feeders weaken portals they’re attached too. Shields grant protect bonuses; a percentage rate by which damage is reduced. Portal Feeders increase damage by a similar percentage.

Possible Sponsors: Brands wanting to suggestion a connection to longevity, food or any sort of lifestyle management would be a good match for this Mod.

Portals with Replicator Mods attached no longer produce XM for collection (similar to the Portal Feeder Mod). Instead; once every 5 hours they produce an item and drop it in the XM layer nearby. Replicators become interesting Mods to attach to train stations that you might pass through a few times a week and you suspect no one else does, at gyms you visit a few times a month and similar portals where you think you could harvest the random items before anyone else does.

Replicators are fragile, succumbing to damage easily and weaken portals they are attached to. As suggested for Portal Feeders, the presence of a Replicator should increase incoming damage.

Possible Sponsors: All sorts of retailers would be a good match for Replicator Mod as they’d be associated with a Portal that provides assets.

What do you think is missing from this list? Should the game introduce items that help remove Mods from Portals? Let us know in the comments below.

Geek Stuff This incredible LEGO Bird of Prey has uncloaked
💰 Copper Coins 💰 Geek Native is an affiliate and may earn commission on purchases you make from third-party sites.
🍪 Privacy & Cookies 🍪 The site uses cookies to survive. By accessing the site, you agree to use your browser to control cookie use or take 1d4-3 privacy damage (tracking). If you defeat cookies via ad blocking, please consider the Patreon. An intro to cookies, and how to control them, can be found here. I Manage Cookies