Niantic may be most well known for Pokemon Go, but Ingress is their game. They own the intellectual property. They can make money from it in any way they want and so the game is strategically important to them. This year Ingress faced significant changes thanks to those few aspects about the game Niantic didn’t control.

The technology that the game was initially built is being retired by the mega-corps that own it. Niantic had to release a new version of their app, one which didn’t use this old infrastructure, and so Ingress Prime was created. There was considerable time pressure on the development, the deadline fast approaching when the new app went live and iPhones beginning to be affected first.

It’s perhaps not a surprise to discover that there were some bugs in Ingress Prime when it launched. The most significant of those bugs was the one which automatically added new players, in some situations, to the Resistance faction.

The Ingress community, though, is a great one. The game can be played as a lone wolf, but some of the greatest feats in the battle for humanity have involved dozens (hundreds, sometimes) of players who self-organised into communities, logistics and across geographies. The same is true for Ingress Prime, and the community began to help Niantic collect and sort all the known issues with the relaunched augmented reality game.

At the time of writing, there are 477 things about the new app that Ingress players want to change. Nearly 250 of them are bug reports.

These reports come in via sub-Reddit Ingress Prime Feedback and are then de-deduplicated by volunteers into this master sheet. Issues which make the master list are divided into three types; bugs, feature parity request and a new feature request.

It’s still possible to play Ingress on a version of the old app. Niantic is doing this to help players settle in on Prime. It’s a huge challenge, of course, people tend to be hugely resistant to change (in fact, that’s what the Resistance faction in Ingress is all about) and many people have built daily rituals and routines around the old Ingress that have been in place for years. This two app solution won’t be supported by Niantic forever, but while it persists, it is essential that neither app has a substantial advantage over the other. Equally, Niantic needs to reassure players that new Ingress will be everything and more than old Ingress was. These two issues lead to players raising ‘Feature Parity Requests’.

The widget above is fed from the live data in the Ingress Prime Feedback master sheet. It’ll show you a running total of the current count of recorded bugs (which may now be fixed), feature requests (entirely new functionality) and feature parity requests.

Of course, not all requests are equal. This blogger rather likes Ingress Prime but has an app crashing bug that persists after this week’s code release from Niantic. Whenever a specific portal key is needed by the app, either to recharge the portal or because a link to the portal is possible, the app crashes. On the other hand, one of the changes Niantic is being asked to make is to change the visual design of the special item an ‘ADA Refactor’ so that it looks more blue, compared to the Enlightened’s ‘Jarvis Virus’. This complaint/request has been raised by a Resistance agent who feels the in-game item doesn’t look like Resistance equipment. This oberservation has been dutifully recorded by the community even though most of the other weapons in the game are blue, the colour of the Resistance, as are the blasts of energy from both factions.

The plot of Ingress got messy. At its heart there was a battle between the Enlightened and the Resistance over exotic matter. Both factions hoped to work with aliens (whether those were space aliens or something else we never found out) but the Resistance initially did so in secret, in betrayal to those agents they recruited because any alien involvement in humanity was unwelcome.

Ingress Prime is a new world. The AI mind, ADA, that was one of the main leaders of Resistance and one of the characters working hard to bring the alien N’Zeer to Earth and transform humanity into hybrids is still in the story. In Ingress Prime, though, the main Enlightened leader Roland Jarvis is also an AI. We’re yet to find out how, whether its the same Roland Jarvis who died and came to hate AIs (in that order), in Ingress or something new.

Instead, Ingress Prime pits these two AIs and their factions against each other. The Enlightened believe the world can be a better place and that we should embrace change even though it can be scary and chaotic at times. The Resistance disagree, they are the force the Enlightened have to overcome, and they represent stability, even if that leads to stagnation and protects the establishment. You can meet both at ai.ingress.com.

The Ingress anime is due out on Netflix and is currently running nearly a month behind schedule. Neither Netflix nor Niantic have explained why. 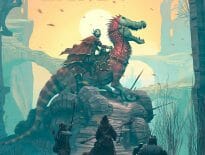 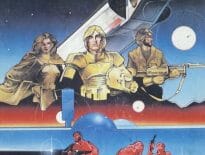