All the early bird deals are gone. That means there’s a single pledge tier left; $49. Shipping is free if you’re in the US but you need to add $39 for anywhere else in the world – not that they can deliver everywhere. That’s a common problem; shipping is nearly as expensive as the scarf itself.

Update: Shipping to the UK was only $7.

I wonder about a few things. Is it easy getting the zombie brain back into the zombie body? How large is that unicorn exactly? Right now my shoulder bag is a small one; designed for gloves and a power bank to sustain my Ingress addiction. I don’t think there’s room for a zombie in there too.

On the other hand, the zombie could sit there on my desk at work, be a talking point and then useful if the weather turns during the day and I need to dress up warmer on the way home than I did on the way in.

Who wouldn’t want a zombie wrapped around their neck? 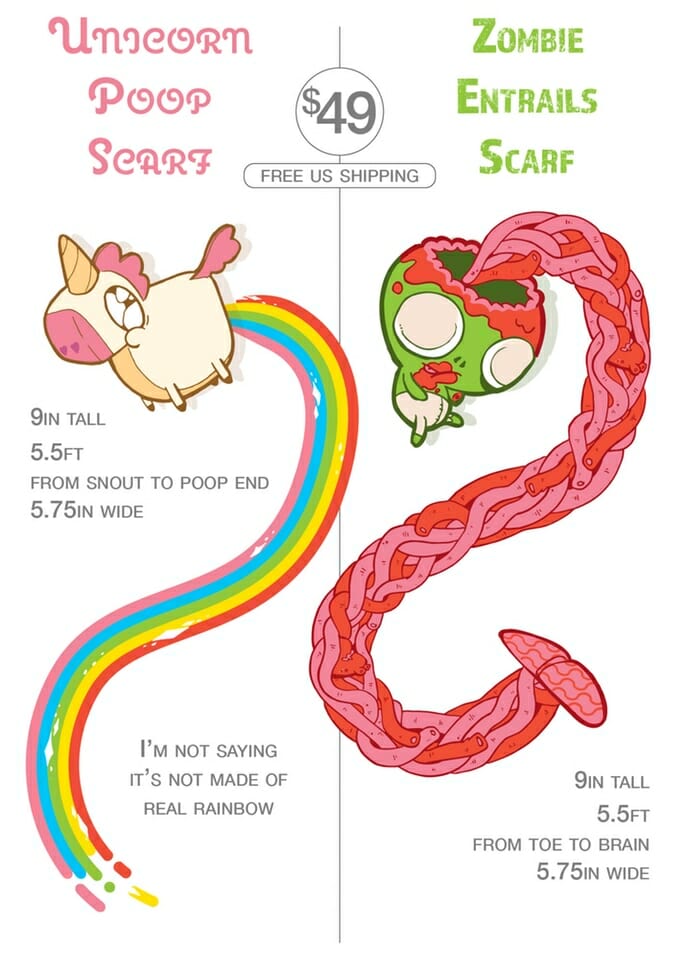 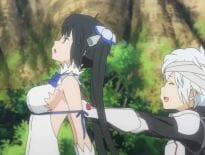 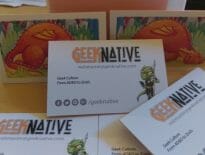