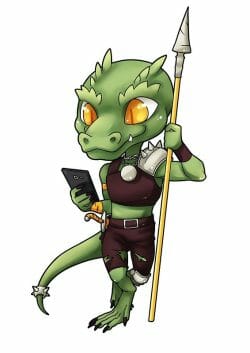 Geek Native has flirted with the idea of business cards before. After all, with superhero business card holders like those kicking around, who wouldn’t want some cool looking cards? In this case it would be be useful to have a business card to pop into the mail alongside competition prizes.

The problem? Wasn’t really sure about the likes of Moo or VistaPrint. Would they be able to produce cards that stood out or would I be better off just staying in the electronic age?

Then I was pointed at Aura Print’s Impakt Coloured Core business cards, invited to give them a go and they looked like a contender to me. As the name implies; the middle of these cards, which you can see along the edge, can be coloured. This works because the cards are much thicker than you might expect. In fact, they’re 800gsm, which is twice the regular thickness of a business card.

The other reassuring option that caught my eye is that by just ticking a box, and paying a little extra, the Aura Design option kicks in and if you suffer as badly as No Art Skills as I do then that’s a big plus. 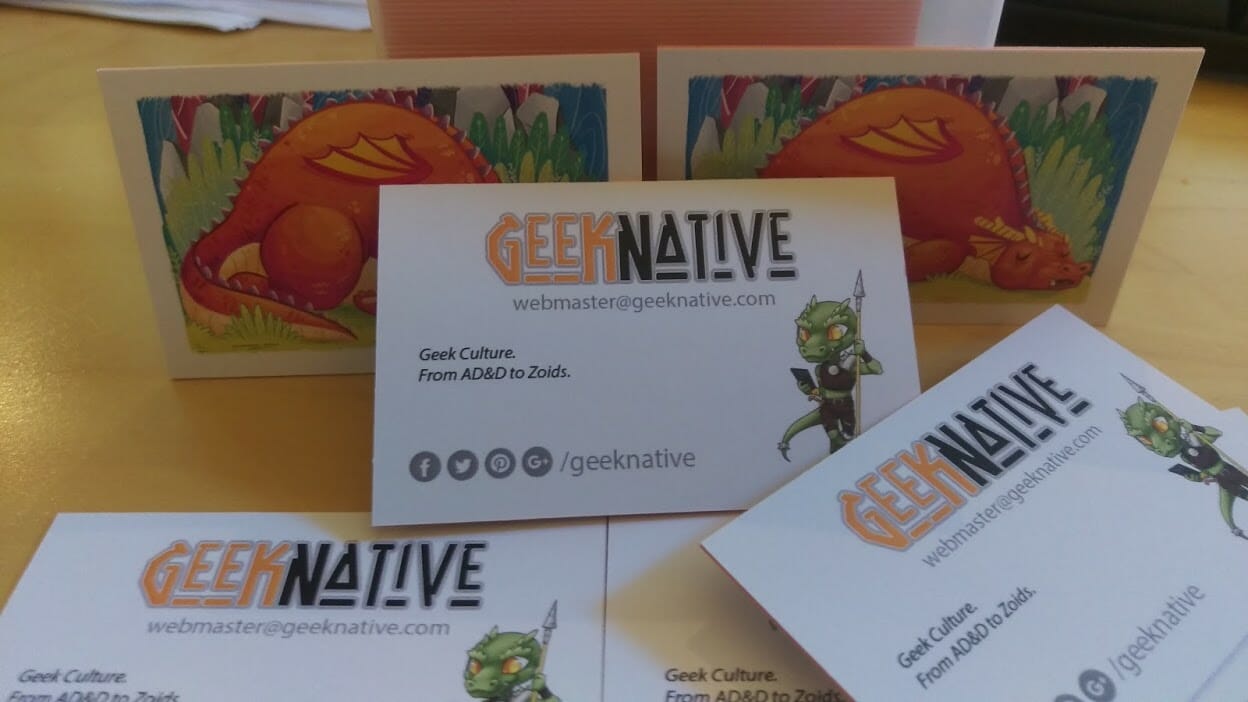 I decided to accept the offer and dived in. I didn’t test the Aura Design, instead opting to owe yet another favour to my talented partner and provided a custom design. The front of the card features the Texts from Kobold mascot while the back uses Sleepy Dragon. While we’re at it; a colourful back to a business card is another great way to stand out.

The main challenge in designing the cards yourself is getting your head around issues like bleeding – that occurs when the colour runs to the side of the card – or that there might be a millimetre give or take when the guillotine chops the cards. We solved this by making sure the card didn’t have any data near the edges and worked with a white board.

I went for 250 cards. That’s just about £60 worth which makes it competitively priced, especially given the thickness of the cards. 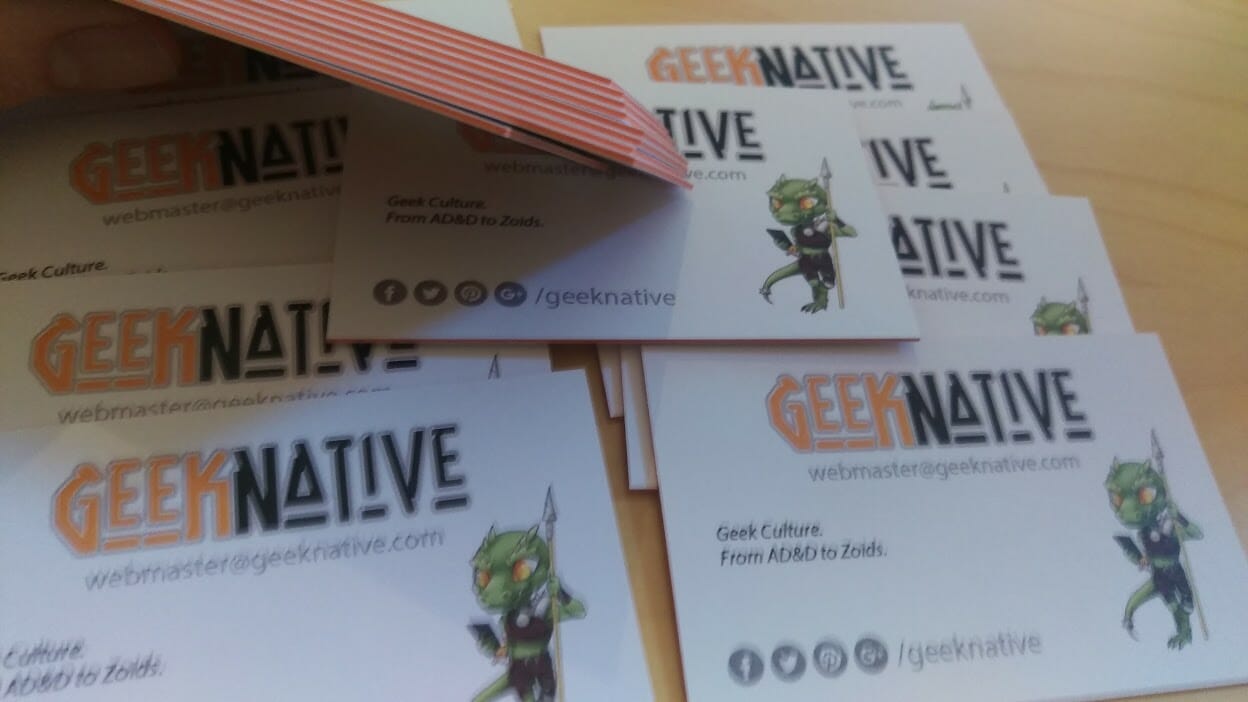 I have to say the unboxing of the cards was interesting. Firstly; 250 is a lot! I asked a regular convention goer who likes to hand cards out to every fellow stall holder in the comic village/creators area while also making them available for punters to pick up how many events such a stack of cards would last. On the UK scale, he thought 250 would do about 10 large cons. Keep in mind that it’s the merch stands that do most of the trade and we’re taking about writers and illustrators handing out cards for networking here, but I think that’s good value.

The other interesting aspect of the unboxing is getting to grip with just how thick 800gsm is. These Geek Native cards are fatter than any business card I’ve ever been given professionally. I’ve been given a lot.

There we are. I accepted an invite to test out Aura Print’s Impakt Colour Core business cards and I’m glad I did. I’m pleased with the design the Geek Native team came up with and how it is been turned into a standout business card by Aura Print.

My Impackt Colour Core business cards were provided for free by Aura Print. The design is entirely Geek Native’s and other styles are available.

James from Aura Print here! Glad you’re super happy with the cards! If anyone wants some of their own, feel free to get in touch –  or call 01484 429300 to speak to our sales team. Have a great day!