The indie developer behind the Narborion Saga, Liber Primus Games, has teamed up Gollancz to transform Richard Morgan’s bestselling A Land Fit For Heroes trilogy into a game-book app.

The app will be available for a range of platforms; from Apple’s App Store for the iPhone, iPad and even iPod Touch, via Amazon for the Kindle Fire and Google Play for Android. A PC version of the game-book will be available later on Steam as well.

Richard Morgan’s worked with computer games before; having had writing duties for Crysis 2 and the 2012 update of Syndicate for EA.

I’m extremely excited about this collaboration on A Land Fit For Heroes as a game-book. It’s a fresh format of storytelling for the trilogy and one I’m really looking forward to developing with Liber Primus Games over the coming months.

The original paperback game-books are Choose Your Own Adventure (CYOA) style games like Fighting Fantasy. The format has had a digital revival with interactive books like SOL INVICUS offering up sound effects, character sheet management and dice.

The A Land Fit For Heroes game-book app is said to be aimed a more mature audience as to better capture and explore the dark adult themes and characters in the trilogy.

"The same thing we do every night, Pinky - try to take over the world!"
Mobile 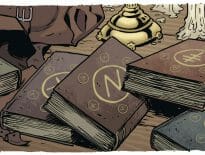 Interviews Hellish weaponry: Shane Hensley chats about the we… 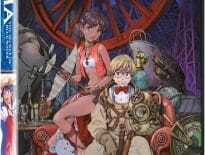 Anime Nostalgia you never knew you had: A Nadia – The …
wpDiscuzComment Author Info
Manage Cookie Consent
This site uses cookies 🍪, and links are ads that may earn bloggers some money 💰, and with this alert, I very much hope that these dark truths 🧌 are acknowledged.
Manage options Manage services Manage vendors Read more about these purposes
Preferences
{title} {title} {title}
Loading Comments...