The last time Geek Native covered Daring Comics’s Kickstarter news was to report that the finance team had cancelled the project. The campaign had nearly succeeded but the money minds had looked at the projections and concluded it wasn’t worth the time investing any further.

It’s surprising to see Daring back in Kickstarter with a similar RPG campaign. The big change? They’ve dumped FATE and gone with Savage Worlds.

It seems Daring Comics has been talking to Pinnacle Entertainment Group. Sure, PEG own Savage Worlds so you’d expect some communication but this new Daring Comics setting goes further than that. First up; this setting uses the Super Powers Companion, second edition, from Pinnacle.

Secondly, this Kickstarter doesn’t just produce a Savage Worlds version of the Daring Setting, this Kickstarter makes the first “Mega-Events book”. The full-colour “Hellbrood” event book will include new equipment, mini adventures, details on how the invasion alters the setting and over two-dozen Savage Tales.

Thirdly, the required “risks and challenges” section of Kickstarter is written by PEG and not Daring. They say;

Creating role-playing games is always a balance against time. None of us work from central offices, and our freelancers are not only spread around the country, but actually around the globe.

But we’ve published close to 70 RPG products over the past eight years (including hitting every release date for all 52 parts of War of the Dead). Delays can happen (and honestly, most likely will), but we’ve also never been hesitant about letting our fans know when something slows us down.

It’s no bad thing that PEG are at the helm for this project. We could be looking at a win-win for publishers and players alike.

Is it working? At the time of writing there are still 23 days on the clock. The campaign has raised more than a fifth of the funds needed; taking over $2,200 of the $10,000 asked for. My hunch is that the campaign needs some more love from both publishers. Hopefully Gen Con will help rather than get in the way.

The backing tiers are tempting. $15 gets a PDF copy of the setting. $25 gets the PDF setting and Hellbrood book. As you add in more cash you unlock hard copies and exclusive adventures. 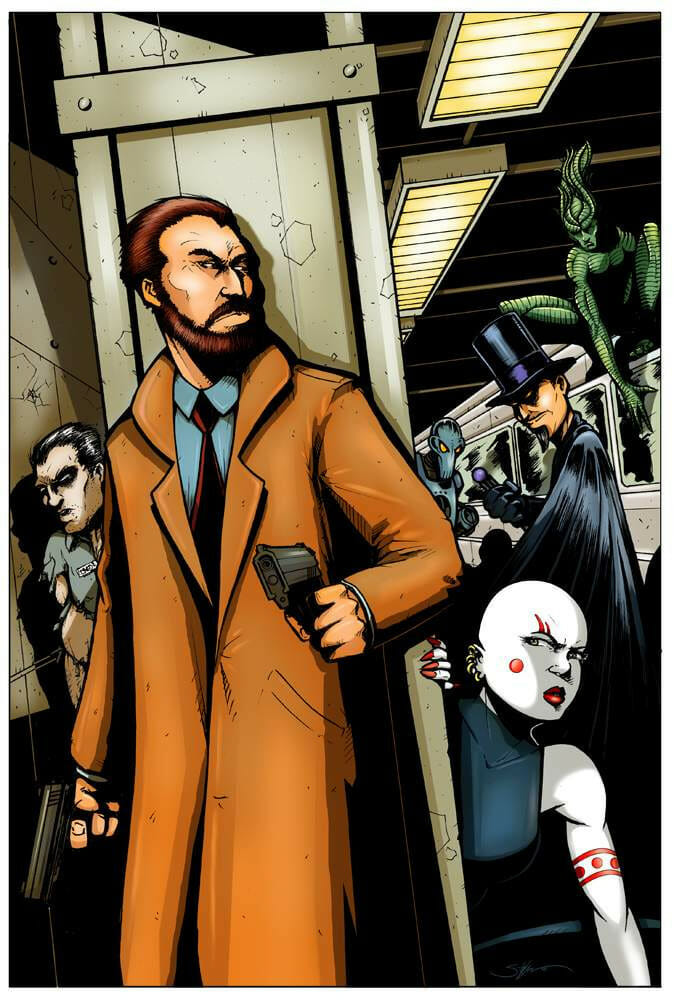 Tabletop & RPGs The anime spirit: A review of the Revised OVA RPG…

Art Ready yourself for bold character art by Nikonov A…
💰 Copper Coins 💰 Geek Native is an affiliate and may earn commission on purchases you make from third-party sites.
🍪 Privacy & Cookies 🍪 The site uses cookies to survive. By accessing the site, you agree to use your browser to control cookie use or take 1d4-3 privacy damage (tracking). If you defeat cookies via ad blocking, please consider the Patreon. An intro to cookies, and how to control them, can be found here. I Manage Cookies