You are here: Home / Books / Comics / Exclusive: Up close and personal with Vampire Boogie 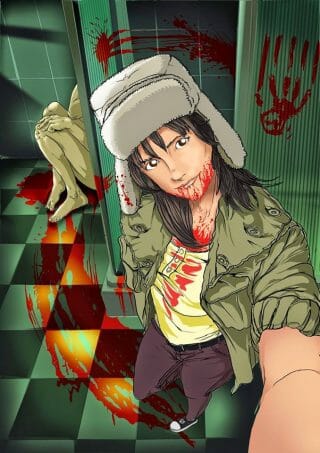 No prizes for guessing that Vampire Boogie is about vampires. It’s a vampire story with a twist, though, and one that gamers will like given the chance to boost our Vampire Lore stat by a few points. The first issue is due out in 2015 but you can follow on Facebook at fb.com/VampireBoogieComic.

In this post we reached out to Corey Brotherson with some questions about the title and got access to showcase some of James Daniels’ art for the project.

The potted synopsis is this:

She’s also a vampire who is going to be brutally eviscerated in precisely seven days. New Year’s Day, no less.

Trapped by an exotic group of powerful blood suckers from across the globe – led by Dracula himself – Pansy has just one week to prove that she’s not weak, human-loving and sparkly.

But what chance does a violence-hating, shy, neurotic, fledgling member of the undead have against a gang of experienced and bloodthirsty monsters dead-set against what the modern vampire has become? 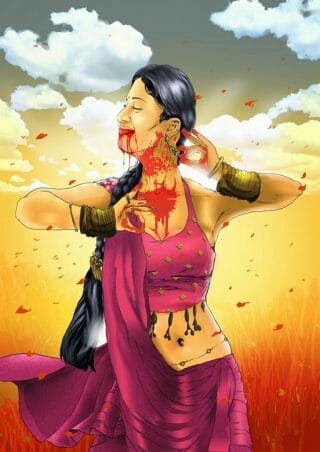 Can Pansy learn what it means to be a valued member of the vampire nation… before she ends up as the main course of a brutal revolution?

But broken down into the nitty gritty, Vampire Boogie is an exploration of many things. The first being ‘what would happen when you get various vampires from various cultures into a melting pot’? My co-creator and very talented artist, James Daniels, is a big fan of non-Western vampires so has a wonderfully large database of blood suckers from different parts of the world, and there are some amazingly unusual ones out there. Bringing them together and seeing how we, as an audience, as well as the public in the story, react to them is part of the fun.

The second exploration ties into the first – ‘what would a vampire do if they were aware of their own fictional mythology’? Horror (and to a lesser extent other genres, like sci-fi and fantasy) stories generally tend to shy away from having their characters become too aware of the genre tropes and fiction within it unless they’re parodies or straight comedy. Zombie fiction usually sticks to the point that the characters have never seen or know what a zombie is. In Vampire Boogie, Dracula is very aware that he’s had a novel written about him. He knows about True Blood. He’s seen and read Twilight. And he’s not very happy. And while I’d never suggest we’re original in doing this, is does allow for some fun and slightly different directions, especially when combined with the first point.

The third and final main exploration point is bringing social media into the mix. But I’ll get to that later on…

All of these things come out through the story as we follow Pansy into a rabbit hole of the unknown.

Why was Vampire Boogie such a challenging project?

In short, life kept us from the undead. James and I decided to create the book a few years ago, but I was knee deep in my other projects (namely Magic of Myths, Clockwork Watch and my stories for Unseen Shadows), along with pitching various other stories. About two years ago I decided to scale things back a bit, which left me with a bit more time. James was ready to roll by the time I got to putting things together, but in truth, I think the story is better now than it would have been a few years back. Since then, both James and I have admitted to being better at what we do (and we got the brilliant designer/letterer/logo master Mike Stock on board too), but on top of that social media has grown into far more monstrous beast (with no sign of stopping anytime soon), which has offered even more material for us to use. There are elements in the story which I hadn’t thought about before that are far more well known now.

There’s also the challenge of mixing all these vampire myths together – some of them require a bit of artistic license to worth within the framework of the story, but the aim is to keep it interesting rather than slavishly sticking to what we think we know. As long as it makes internal sense and is consistent to the universe we’re creating.

Tell us about Indian vampires? How do they differ from the typical Western image?

The main Indian vampire we’re using in the story is the Betails (or Vetala/s) vampire. They are, essentially, spirits who leech and inhabit dead bodies, animating them. More a ghost of sorts, but the myth extends to flesh eating and blood drinking, so we’ve taken that and ran with it a bit. Their main usage, from my knowledge, have been from Indian folklore tales in the Vetala Panchvimshati. Our Vetala in Vampire Boogie is pretty important to the main story…

What about Chinese vampires? How do they stray from the standard archetypes?

The most famous Chinese vampire is the Jiangshi, which are kinda like hopping zombie vampires. My first encounter of them was from the movies Mr Vampire, but more recently it’s been in the video game Spelunky (one of my favourite games of all time, by the way ;-). They’re odd, but quite distinctive looking due to the way they’re said to move (hopping with arms out stretched). They often come out at night and ebb your life away. There are a couple noticeable ones in the preview of Vampire Boogie #1. 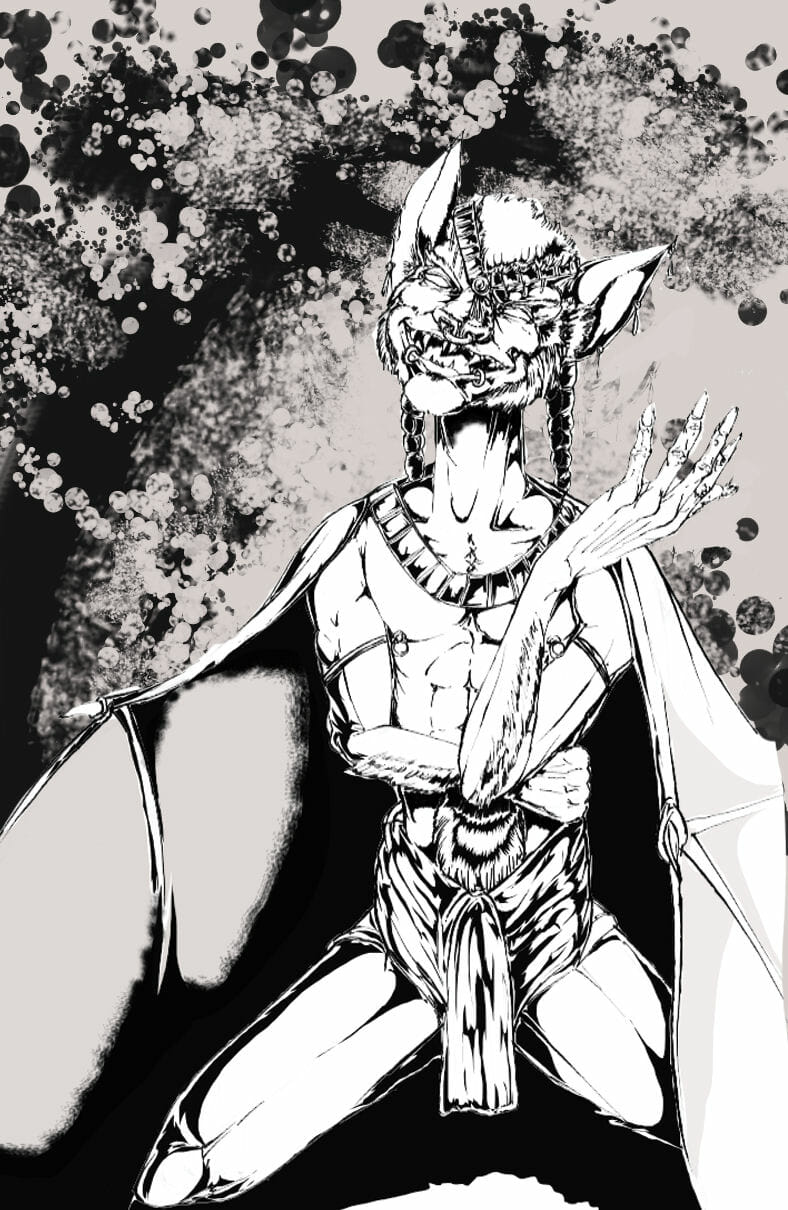 Partly – I think our (as in Western) vampire stories have become quite locked into what a vampire is expected to be. Don’t get me wrong, I love a good vampire story as much as the next person regardless of who or what is in it, but we want to try and shake things up a bit and hopefully give readers an experience which is a tad different in the process. The world of vampires is so rich and diverse that it seems a shame to stick to one or two types, or to assume that they’re all the same bar minor cosmetic differences. And Dracula’s role in this tale isn’t as clear cut as appears, either. In those first few pages, we reveal he has a ‘family’ and that he’s not THE ‘lord of all vampires’ even if he may think he is. On top of that, the main character (Pansy) is very much our reader-surrogate in the sense she’s suddenly discovering all these different types of vampire too, and now has to question everything she knows from what she’s read or seen in the movies, despite having her own (rather limited) experiences as a vampire.

We’re going to have a lot of fun playing with tropes and expectations.

How do you think social networking as we see it today would affect life as a vampire? Far less lonely? Better organised?

Ah, well that’s a big part of Vampire Boogie – given Pansy is a social media addict we delve very, very deeply into how social media and networking can affect a modern day vampire. We answer your questions directly in the story, so I’ll try not to give anything away, but in Pansy’s case social networking is her world. It’s her main way of communication and interacting with society, especially as she can’t get out much during the daytime, she has a night shift cleaning job which makes her virtually invisible to everyone, and is generally a bit awkward due to some pretty horrible past experiences. But social media and networking is exactly the reason why Pansy gets into trouble in the first place, so it’s only natural she turns to it to help her get out of it. And there’s a surprising amount of power in that.

We live in the age of information, where erroneous info can be transmitted in seconds and taken as fact. It can be, and has been, horrific to witness at times. In the space of minutes we’ve been told a celebrity is dead and it’s taken near a whole day for that to be refuted – a whole day where millions have been led wrong (or, if you’re the subject, a whole day where many people think you’re dead). And that’s just a relatively harmless example – accidents, accusations and more have been affected by the sheer speed and easily constructed nature of social media, and even though we may be more ‘savvy’ and cynical, it’s still very easy to get duped and watch that mistruth spread like wildfire. Which lends itself to horror perfectly – fear of the unknown and the tearing down of what we deem to be true, create a powerful sense of fear. And the modern day urban myth is a very viable prospect when it’s set in a world where vampires actually exist.

So, putting all that in the hands of a social media addict who has to fight for her life creates very interesting dynamics… 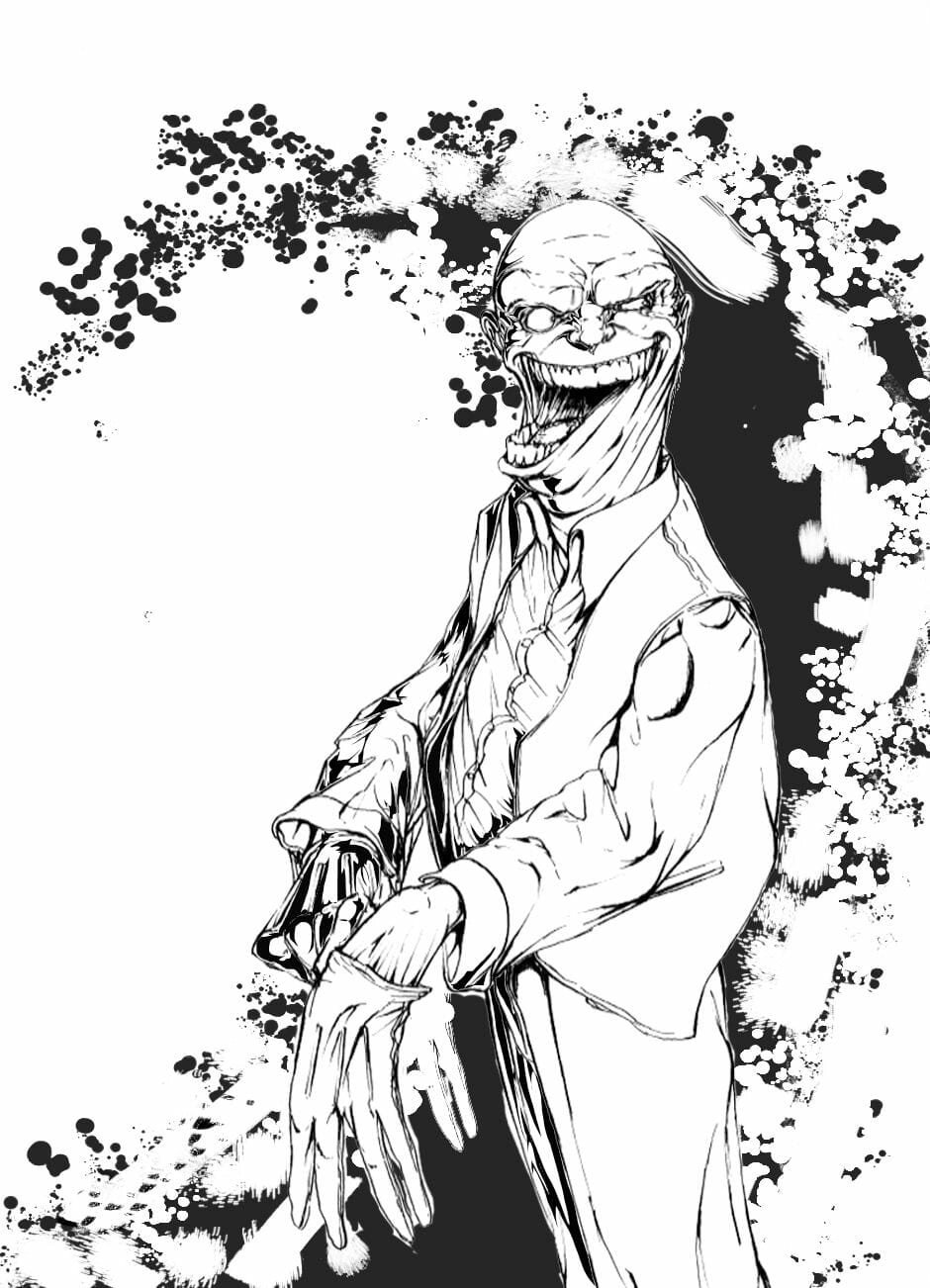 Exclusive: Up close and personal with Vampire Boogie 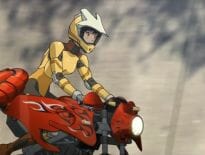 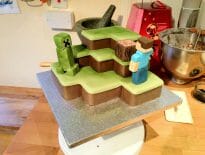