You are here: Home / Books / Comics / Brutal: A review of God is Dead 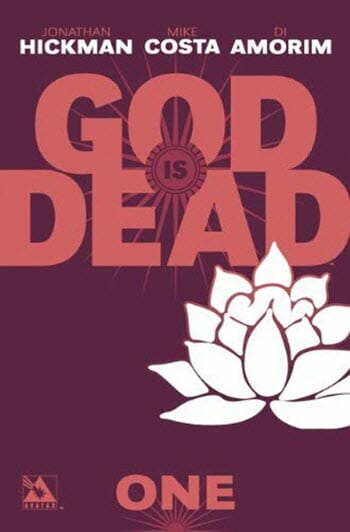 I knew nothing about Hickman, Costa and Amorim’s God is Dead when I started to read. The opening pages show us the world tormented by natural disasters and the shocking death toll.

I wondered if these horrors were the consequence for the death of God.

That theory didn’t last very long. I watched as a god-like figure floated down to Earth and scoffed at the tranquillity of the Vatican. This Zeus wanted blood and obedience.

Written by Jonathon Hickman (Infinity, Fantastic Four, Nightly News) and Mike Costa (G.I. Joe: Cobra, The Secret History of the Authority: Hawksmoor) God is Dead is the story of the return of the gods. Many pantheons return including the Hindu gods but none of the Abrahamic religions feature in this story. Make of that what you will.

There’s resistance, of course. Not all of man is happy to see gods back. Not all of mankind believes these figures are the gods they say to be. The world changes, though. Old empires spring up. Imagine the American military reaction to old Mexican gods and their followers taking control of an ever increasing slice of the South.

Watching the return of the gods is breathtaking. The illustration style of Di Amorim, a Brazilian, is near on perfect for this story. It’s bold, feels real and yet has the hint of the supernatural about it.

The gods, of course, are a focal point as the story unfolds. There are humans of note too. There’s a group of scientists hidden away who are trying to work out what’s going on. It’s a strange mix of characters in team science. We’ve deity archetypes and that works. I was less convinced by the decision to have science stereotypes. There’s an Albert Einstein figure among the scientists and a Stephen Hawking figure. There’s the younger, computer-centric, science figure too. He’s perhaps more of a young Steve Jobs than a Bill Gates.

Volume 1 of God is Dead is a collection of issues 1 through 6 of the comic book series. Checking the Avatar Press site and Comixology I can see that we’re currently up to issue 16. This is significant for volume 1 as it is about two-thirds of the way through the book that the story takes a twist. The gods start to fight amongst themselves.

The question explored by the tail end of God is Dead is whether the human resistance, of what’s left of it, can make any progress given the opportunity of the supernatural war.

Overall? I’m glad I’m not religious. If I was I think my view of the story would be very different. As it stands now I’m likely to point my Comixology at Avatar’s virtual shelf and keep up with the story.

The video tour below was made with a series of blurry photographs and is animated under the effects of a colour filter.

My copy of God is Dead was provided for review. Avatar Press, Jonathan Hickman, Mike Costa and Di Amorim. 160pp.

Brutal: A review of God is Dead 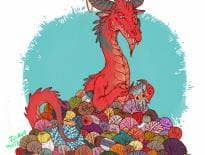 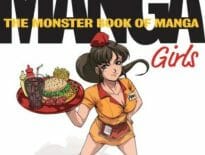 Geek Stuff Competition: The Monster Book of Manga Girls
💰 Copper Coins 💰 Geek Native is an affiliate and may earn commission on purchases you make from third-party sites.
🍪 Privacy & Cookies 🍪 The site uses cookies to survive. By accessing the site, you agree to use your browser to control cookie use or take 1d4-3 privacy damage (tracking). If you defeat cookies via ad blocking, please consider the Patreon. An intro to cookies, and how to control them, can be found here. I Manage Cookies