You are here: Home / Books / Comics / Pawn of the gods: A Magic of Myths review 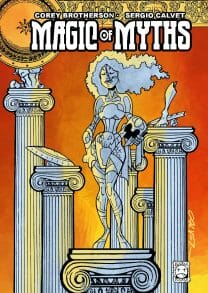 Season two of Corey Brotherson and Sergio Calvet’s Magic of Myths came out in July of this year. That was quite a gap from the first season which was published back in 2010. I’m sure it was worth the wait – although, in my case, I read both as a bundle.

In fact, I read through both seasons in one sitting and that’s always a clear indicator of a really engaging comic book.

We begin with a warrior fighting her way through some fantasy quests or tests. There’s a Joss Whedon style banter between our hero, the villains and the taskmaster character as we riff between real world references, attitude and the fantasy natives not keeping up.

The fact that we’re not following a mainstream comic book style heroine in a bikini armour suit immediately earned points for Magic and Myths for me. There’s the overlap of familiar with an attempt to do things differently here. It works.

It took me a while to get used to Sergio Calvet’s style. I’m no illustration expert but to begin with something about the cells felt incomplete. It was as if a layer of production had been missed out. That uncertainty quickly changed into unfamiliarity and from then, half way through season one, I was happy. The art complemented the story and the story had me. 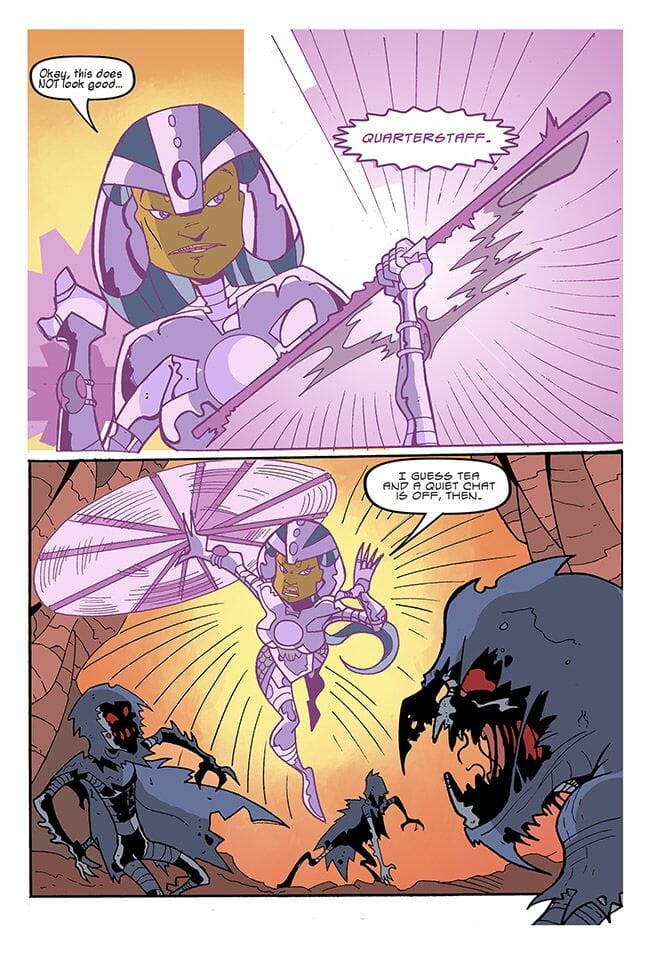 There’s a clever format to Magic of Myths. Both seasons are presented in little standalone chapters. This means you can join in very quickly, read a little and catch up. For me it meant I wanted to read “just one more” and before I knew it I’d reached the end. I think the bite-sized approach means if you’re not sure you’ve time to adopt a new series or struggle for time then Magic of Myths is still safely approachable.

I do recommend approaching the series. I’m glad I did. As it happens; the first three issues of season one are entirely free.

Disclaimer: My copy of Magic of Myths was provided for review.

AndrewGirdwood pikapies Thanks for the v kind recommendation! And anyone reading closely can find a ‘female Thor’ in our story… ;-)

CoreyBrotherson AndrewGirdwood it looks great from that preview, I love the art style!

pikapies AndrewGirdwood Thanks for checking it out, much appreciated! The art style & design is all the rather excellent sergiocalvet :)

pikapies AndrewGirdwood If there’s anything you want to ask about the book just give me a shout :)

CoreyBrotherson I will do! Thanks!

Pawn of the gods: A Magic of Myths review 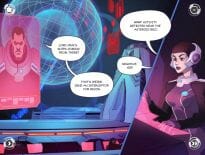 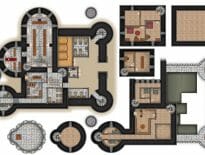