You are here: Home / Music / Explosive stuff: A review of the Realmsound Project

It took a pair of Kickstarters but the Realmsound Project is now well underway and even generating coverage from the likes of the Orange County Register.

The goal was to create a soundboard and plenty of audio for GMs, DMs, Keepers, Storytellers and the evil one behind the screen to use to add atmosphere to their tabletop gaming sessions.

In recent years, made possible by Kickstarter, my RPG-worthy collection has grown wonderfully. I no longer wrestle with iTune queues and now either tap Spotify or make use of one of the gamer crafted, designed to play on repeat, background tracks.

The Realmsound Project has a little different angle. It’s not just about the background tracks nor is it even the addition of the effects. It is the soundboard. I had to hit up Wikipedia to double check exactly what the soundboard is – and it’s exactly what you would think. Soundboards are piece of software with easy access to pre-recorded effects that you activate by pressing a button. Wikipedia reckons this makes them ideal for pranksters. I can see why the concept is also ideal for GMs running a scene.

I’ve not seen the proposed Realmsound soundboard in action but for the Kickstarter and on the OC Gaming Group site we’ve had a teaser. 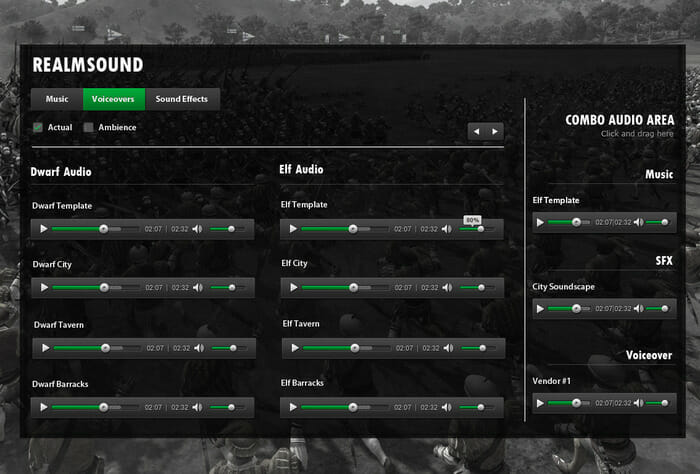 The final version will be a download, suitable for PC and Mac and users will be able import their own audio.

In effect, it’s the soundboard that makes the case why I shouldn’t simply use Spotify to manage everything.

So does that mean Realmsound relies solely on the success of the soundboard?

No. Gamers will most likely need two vital first steps of assistance from Realmsound if the project is to become successful and be used by gaming groups. They’ll need to be shown that adding audio is worthwhile, easy and does not significantly add to the cost of the hobby. Gamers will also need to be given access to great quality sounds, tracks and voice overs in the first place.

Besides, it’s clearly the production of the sound effects and music that motivate the OCGG, the team behind the project.

As it happens we’ve got access now to more samples of Realmsound. Let’s do a quick review.

The Druid’s Grove is clearly a complex piece of audio. There’s more going on here than wind in the trees with some animal sounds.

What’s to like about it? I do see this really helping highlight a key scene in a game. I’d play this once the players reached a significant goal of getting to the grove. This audio makes the scene memorable.

What are the concerns? This is a busy piece. Loads of animal noises! Lots of action too and I fear I’d have to turn the volume down halfway through or I’d end up competing with it. This track won’t loop either.

This is the sound to play when a magic user completes a lightning bolt spell.

What’s working for the snip? It’s always an anti-climax if the magic user casts a spell like this – and nothing happens. Actually, if lightning bolt sounded like this I’d argue as a player that the sound alone could distract someone. As an evil GM; imagine throwing this at the players.

What about the concerns? It’s rather long. After the first five seconds some cheeky player or NPC might just try and dodge. Actually, the build-up only takes a few seconds.

This is a “MonsterScape” type of sound called Red Dragon and is 45 seconds long.

On the pros – this is certainly another dramatic piece of audio. Characters should be left in no doubt that they’re encountering something significant with this playing in the background.

On the cons – when do I play this? Is this a Red Dragon emerging from a cave and blasting things? There’s the occasional sound of conflict. Perhaps this is the PCs spying on a red dragon as it battles something else? Tricky.

I was rather impressed by the quality of the audio here. It’s entirely clear to me that the Orange County Gaming Group is making professional quality sounds.

My concerns are around when and where I’d use the effects. The track title implies a use but it might be best thought of as nothing more than a tag or description. I strongly suspect it’ll be up to a skilful GM to put together effects and play them at the right time.

Looking forward – I am keen to see how Realmsound progresses. I think GMs who know they’ve an ear and aptitude for audio will be interested first. I really do hope remote RPG systems like Roll20 and Realmsound can work together, even if it is just playing music over the speakers in the same way Skype pings can appear in Google+ Hangout audios. Why? I think if you’re engaging in video based RPG then every extra ounce of atmosphere and ambience is a wonderful thing.

It’s the potential isn’t it. I like the audio tracks. I’m just debating on when and where I’d use them. As I’ve just said – it could be a wonderful thing. The Realmsound Project just needs to persuade enough gamers to give it a go and I suspect if they can crack the video tabletop groups early on then they’re onto a winner.

Explosive stuff: A review of the Realmsound Project 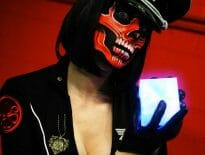 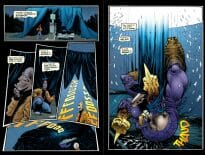