You are here: Home / Books / The way of a god: A review of Moon’s Artifice 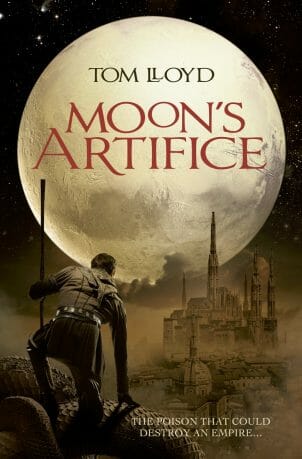 Moon’s Artifice won me over and I was a converted fan, ready for the sequel, by the end.

I can only speculate as to why all these great ingredients didn’t gel with me straight away. Perhaps I was sceptical and doubted all this early promise would come good. If that’s true then as I pushed through the opening chapters and Tom Lloyd’s writing proved to me that all these goodness could come together that I relented and started to enjoy.

We have an Empire of a Hundred Houses – noble houses with warriors, royalty, enemies and allies. In Moon’s Artifice we only get the surface of this carefully balanced infrastructure but the potential feels significant. We’ve a world where the previous rulers are believed to have ascended to godhood –and certainly rose to some serious power – and where there are buildings that seem to have been built by an earlier race. There are demons, spirits and magic. There are religious castes and suspicions of strange horrors in the depths.

I tried to get a little more out of Tom Lloyd in this interview and only met with some success. He did acknowledge that the setting would make for a good RPG setting.

We only sample the apparent depths of the world because of our heroes and the trouble they find themselves in. The main characters are essentially a fantasy cop who doesn’t carry a sword because he’s not allowed – wrong caste. He doesn’t carry a gun because he’s not allowed. Tough gig, right? He’s got a sneaky friend and we’ve a plucky young woman. Lastly, we’ve an assassin who’s lost his past.

These four find themselves flung by situations outside their control into a rapidly escalating crisis. It’s a drama they have to try and cope with themselves because any form of official escalation would have terrible consequences.

There’s the danger that the reader might quite like the situation to get even worse and things to escalate even further. I wrestled with that. That’s dangerous because at that point you might start to care a little less for the band of unlikely heroes. As it happens, there’s enough escalation and enough personality in each of the characters that you end up rooting for them, hoping that they succeed.

By taking all these ingredients and successfully blending them, Tom Lloyd manages to write a book in Moon’s Artifice that will appeal to high fantasy fans while also appealing to low fantasy fans. We’ve gods and demons and grim and gritty in the same place.

I liked it, just not in the first couple of chapters.

My copy was provided for review. Moon’s Artifice, Tom Lloyd, Orion Books, £20 in hardback and less for Kindle.

The way of a god: A review of Moon’s Artifice 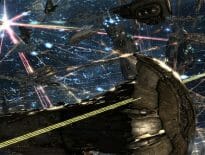 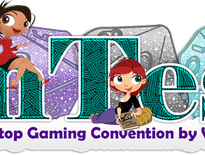