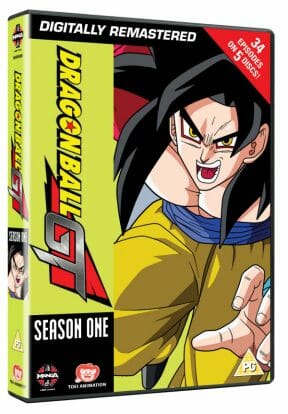 Dragon Ball GT season 1 is out in the UK this week. That’s 34 episodes, enough to start and finish the Black Star Dragon Ball Saga and take you deep into the Baby Saga.

Dragon Ball ran until 1989, Dragon Ball Z until 1996 and then Dragon Ball GT picked up in 1996, produced 64 episodes and finished late in 1997. Unlike the previous Dragon Balls, GT is not based on Akira Toriyama’s manga. Toriyama was involved; picking the name and helping with the characters. He considers it a side story to the original.

At the risk of spoilers, Dragon Ball is about an alien boy living on Earth and his rise in martial art power. I suppose there’s a touch of Superman in there if you will but the world is far more like Guardians of the Galaxy with the wealth of aliens and interstellar threats. The Dragon Balls are mystic items that can grant a wish if brought together.

At the start of Dragon Ball GT one of the old bad guys manages to sneak his way into the training ground where the black star Dragon Balls were located but his wish goes wrong and Goku, our hero, is transformed into a boy.

The Dragon Balls disperse back around the galaxy after the wish is made and we discover that unless they are reunited again on Earth within a year the planet will be destroyed.

So we’ve a child version of Goku and a reason to go charging around the planets again looking for black star Dragon Balls. The name “Grand Touring” clicks into place. 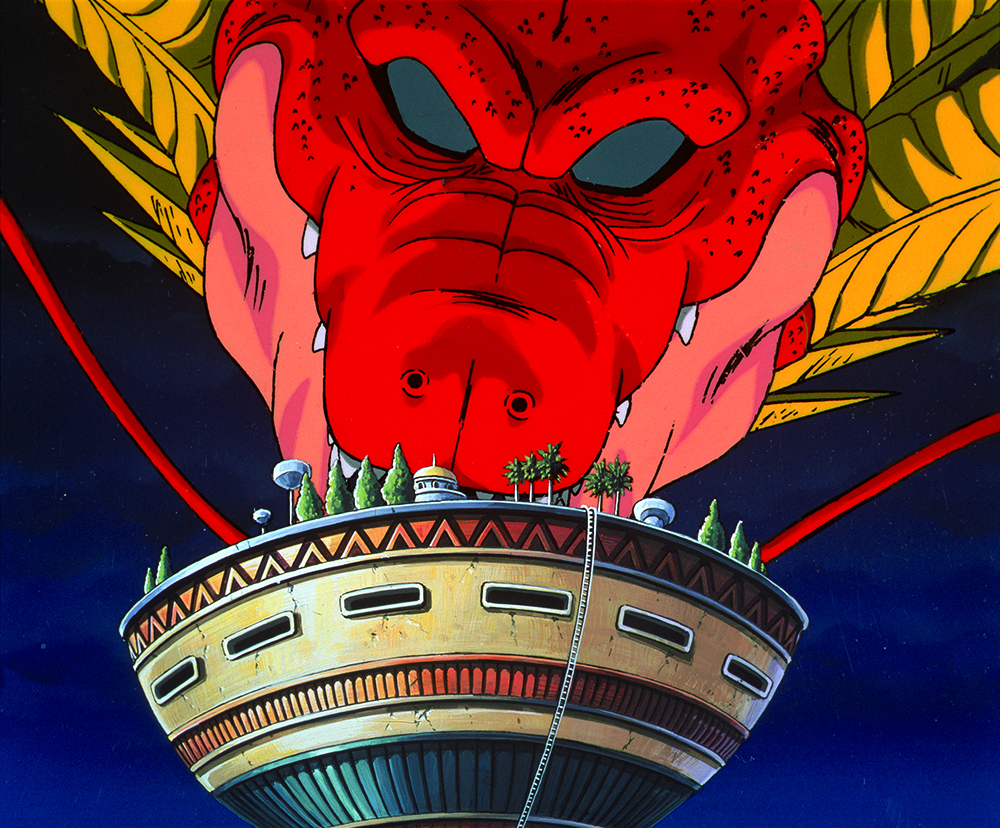 The two characters to travel with Goku in search of the Dragon Balls are Trunks (the half-human son of Vegeta and Bulma) and Pan (Goku’s granddaughter; daughter of Gohan and Videl).

The Baby saga is a different story but equally Dragon Ball. A monster with a strange name and terrible combat powers causes all sorts of chaos. The heroes have to level up and draw on all sorts of power sources in order to defeat it. 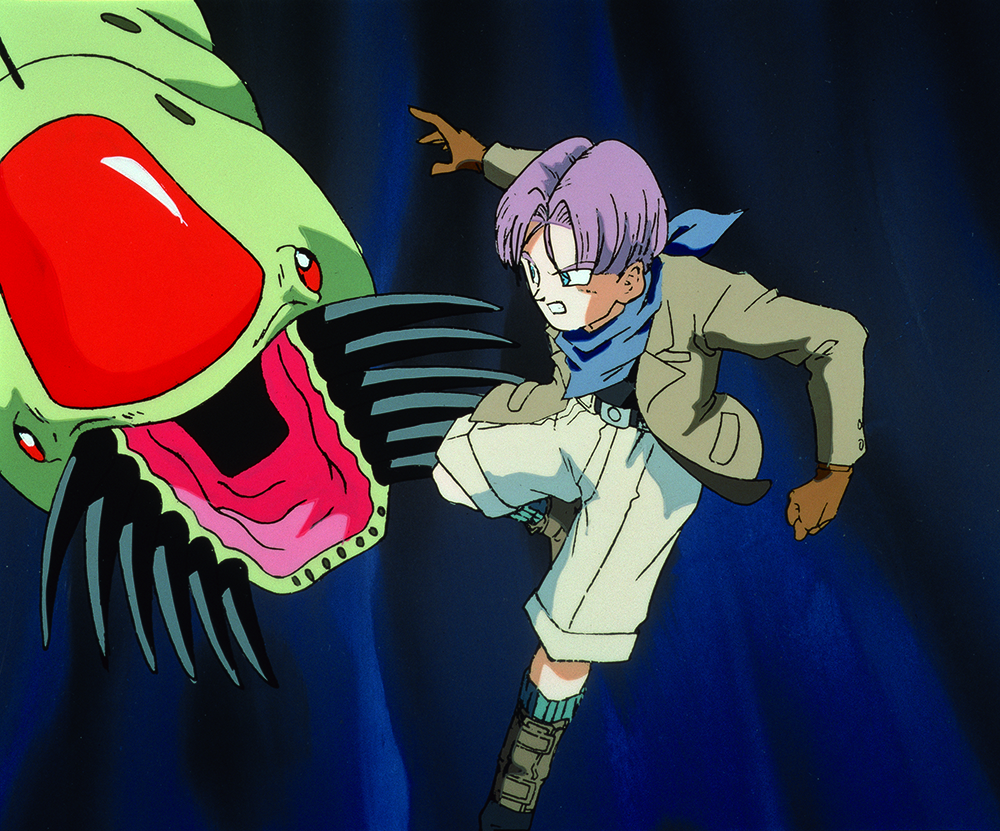 I think one of the most important decisions to make for Dragon Ball GT is right at the start. It’s a brand new release in the UK but it is an old series. Pick the Manga UK release and you can elect to watch the original Japanese with subtitles, the broadcast American version or an English language dub with Japanese music. That’s one more option than usual.

I suspect I watched Dragon Ball originally on Cartoon Network and it would therefore have been the American broadcast I watched. When I got the discs I went straight for the original Japanese with subtitles. It took a while to get used to the voices – Goku, in particular, before the transformation back to kid, sounded very strange. 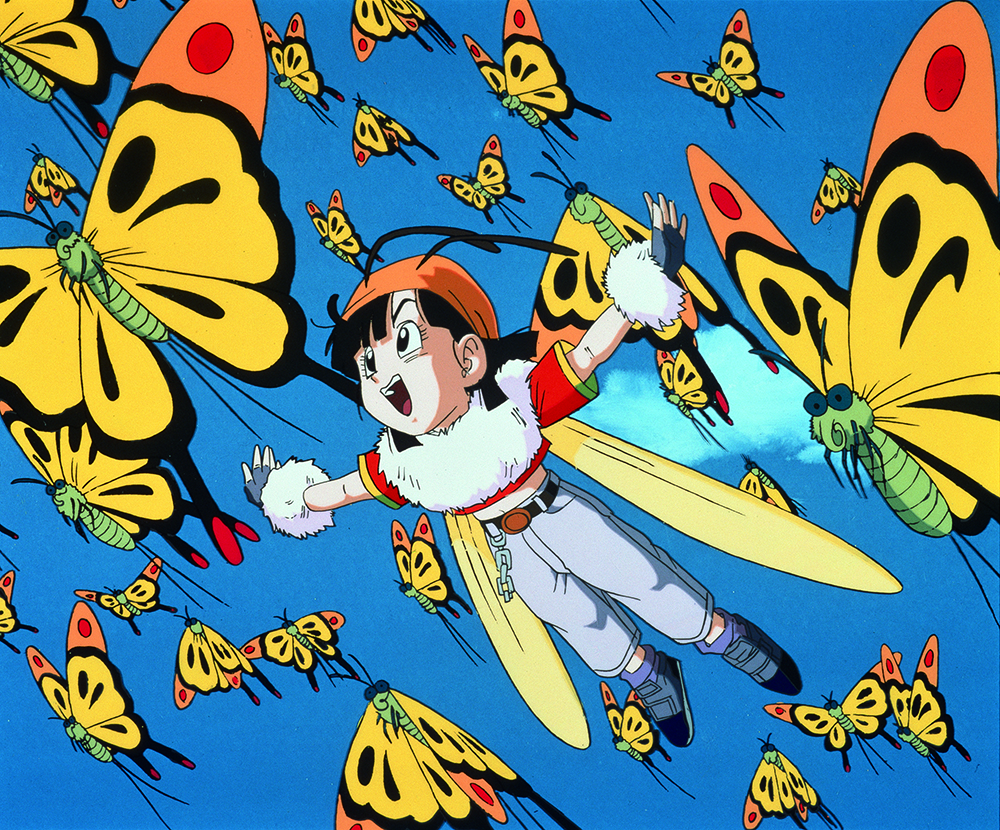 Dragon Ball GT will be as divisive as the earlier Dragon Ball shows. Some will love it – and it is an incredibly successful series – and others will hate it. This is a show where battles between two fighters can stretch for more than one episode. The power-up move can last nearly as long.

If titanic battles are your thing then Dragon Ball GT will appeal. To be honest, if you’ve watched any Dragon Ball before you’ll already know whether you’re tempted by GT. If you’re entirely new to the series then GT may not be the best place to start. It’s not impossible to pick up from here but despite being a combat anime there is a wealth of backstory and characters. Starting with Dragon Ball, moving up to Dragon Ball Z and then lastly onto GT. The compromise approach might be to look into Dragon Ball Kai.

I consider Dragon Ball GT to be a bit of a guilty pleasure. Just as I occasionally put on some One Piece to keep the TV busy and me something to turn to while I’m browsing the web or reading a book I do something similar for GT. This anime found time on my busy TV set while I was multi-tasking. This isn’t a plot I struggled to follow and it’s quite fun to look up and watch a giant, earth shattering, power blast arc across the sky. 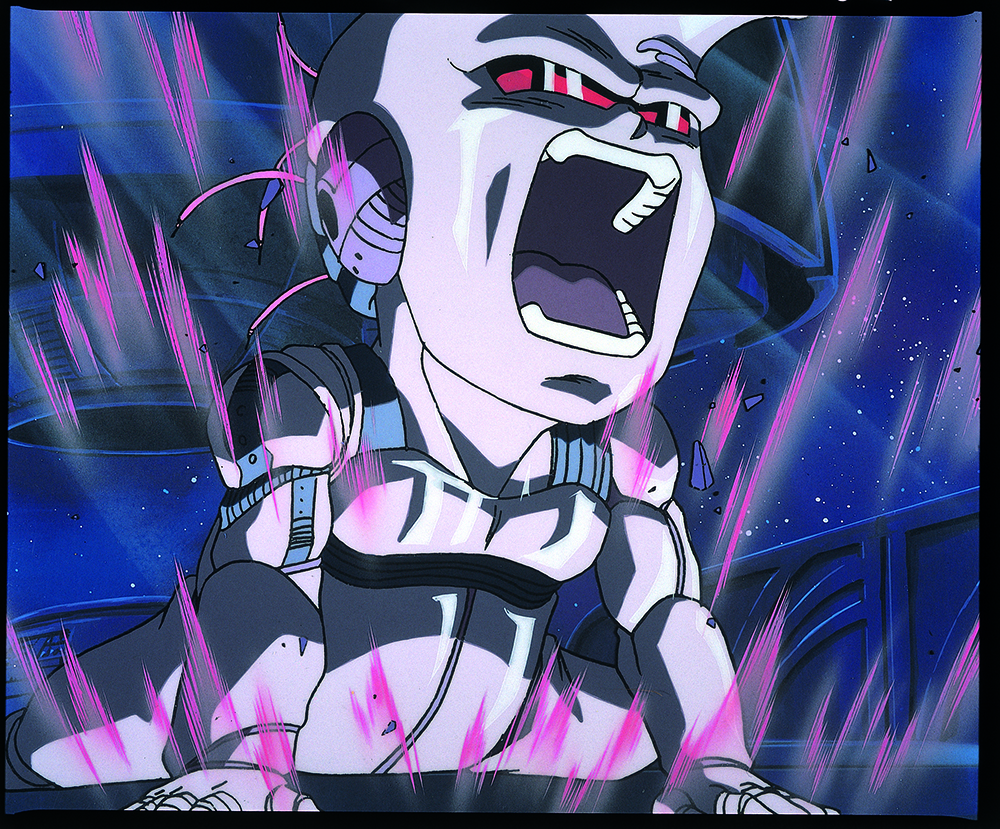 My copy of Dragon Ball GT was provided for review. It is released on 20th Jan 2014.

Art Propaganda posters for the Houses of Westerosi

Tabletop & RPGs Fall of Man Kickstarter signs Jim Butler
💰 Copper Coins 💰 Geek Native is an affiliate and may earn commission on purchases you make from third-party sites.
🍪 Privacy & Cookies 🍪 The site uses cookies to survive. By accessing the site, you agree to use your browser to control cookie use or take 1d4-3 privacy damage (tracking). If you defeat cookies via ad blocking, please consider the Patreon. An intro to cookies, and how to control them, can be found here. I Manage Cookies