You are here: Home / TV / How to pre-order The Day of the Doctor 50th Anniversary Special

The 50th Anniversary Special Doctor Who will be called The Day of the Doctor and run for about 75 minutes. The BBC have just announced you can now pre-order the special on 3D Blu-ray and DVD today.

The dics themselves will not be released until the 2nd of December (unless the BBC mess up and ship them early – again).

Where do you do this all mighty Doctor Who pre-order? From the BBC’s own shop – although I imagine other retailers will get in the act shortly. Doctor Who fans can pre-order the DVD from this page and the Blu-ray from this page.

Will you be pre-ordering a copy of the special episode before you even see it on TV? In fact, if you move swiftly you could be pre-ordering the disc before the cover artwork is even confirmed. Anime Future Diary at a glimpse 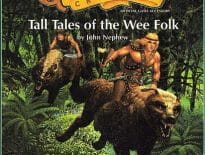