You are here: Home / Games / Tabletop & RPGs / Doctor Who RPG gets a second edition, and a cover reveal

Cubicle 7 announced in April that they had renewed their Doctor Who license. We know from experience, though, that a license renewal does not always guarantee the continuation of the series!

However, it’s good news for Doctor Who: The Roleplaying Game, which will get a regeneration into a second edition and carry on.

The core rules for Doctor Who 2e will include

Cubicle 7 have shared a cover reveal of Doctor Who 2e, along with mockups of a hardback to show the back.

The subtitle “Adventures in Time and Space” seems to have been dropped. Instead, and perhaps reflecting much higher public awareness of RPGs, the book is called “Doctor Who: The Roleplaying Game” with second edition below that.

The cover image is by Will Brooks, an artist who has worked on Doctor Who projects before for Big Finish, known for their audiobooks, and Titan Comics, who publish the ongoing comic book series.

There are rumours, almost the expectation, that Jodie will be leaving the series. Bookies in the UK recently stopped taking bets on a replacement after, now refuted, rumours that Olly Alexander was to replace her. John Bishop will be playing a new companion called Dan and was told off by the BCC for revealing as much.

Surrounding the thirteenth Doctor are members of “the fam”, the planet earth, two generations of Dalek, the TARDIS and several other aliens. On the back, there’s Sacha Dhawan, who played a brilliant regeneration of The Master.

Doctor Who RPG gets a second edition, and a cover reveal 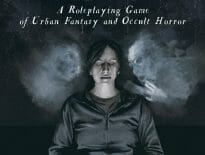 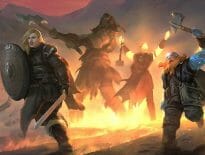