You are here: Home / TV / Jenna Louise-Coleman on Craig Ferguson

Jenna Louise-Coleman who plays Doctor Who’s new companion, the impossible girl, is in the States this week. This clip shows her appearing on Craig Ferguson’s TV show. Ferguson is a Doctor Who fan and it is not uncommon for him to ask Who stars in for a chat. 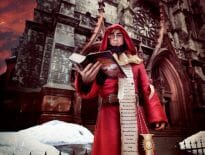 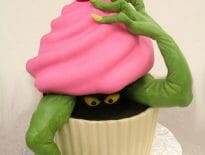