You are here: Home / TV / Anime / The Tale of the Outcasts: Nuns with guns, furries and Victorian ladies

I don’t understand the trailer for The Tale of the Outcasts, but it’s amazingly intriguing.

Is that a beauty and the beast intro? But wait, there’s more, and they’re illusion-guarded furries? From there, we get into nuns with guns, demons, strange shadowy warriors and all the time visited by happily Victorian ladies.

This second promotion video gets us ready for a January 8th launch of the series. Based on Makoto Hoshino’s manga, the anime has eight volumes of work to rummage. The final compilation shipped last year.

Seven Seas have the English license; from them, we can learn more about the mysterious setting.

Wisteria is an orphan girl living in a corner of the British Empire at the end of the 19th century. Her life is desolate and bleak–until she encounters Malbus, a powerful but equally lonely immortal being with a furry appearance, hounded by hunters. Together, Wisteria and Malbus roam the Empire–populated by humans and human-like beasts–in search of a place where they can live together in peace.

We also know that Crunchyroll will be streaming the series worldwide. They were a bit more poetic about the synopsis, saying;

The demon by her side is her salvation.
The girl by his side is his pastime.
Their encounter in the late nineteenth-century British Empire begins the tale of a search for someplace to belong.
To their fellow outcasts, this demon and girl whisper their tale in the dark of night.

The Tale of the Outcasts: Nuns with guns, furries and Victorian ladies 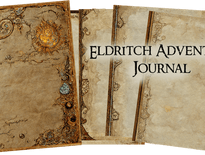 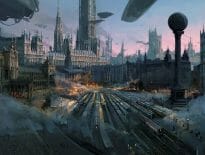 Tabletop & RPGs RPG designer John-Matthew DeFoggi on how a time ju…
wpDiscuzComment Author Info
Manage Cookie Consent
This site uses cookies 🍪, and links are ads that may earn bloggers some money 💰, and with this alert, I very much hope that these dark truths 🧌 are acknowledged.
Manage options Manage services Manage vendors Read more about these purposes
Preferences
{title} {title} {title}
Loading Comments...