You are here: Home / TV / Who is Clara Oswald the Souffle Girl? [spoilers, speculation] 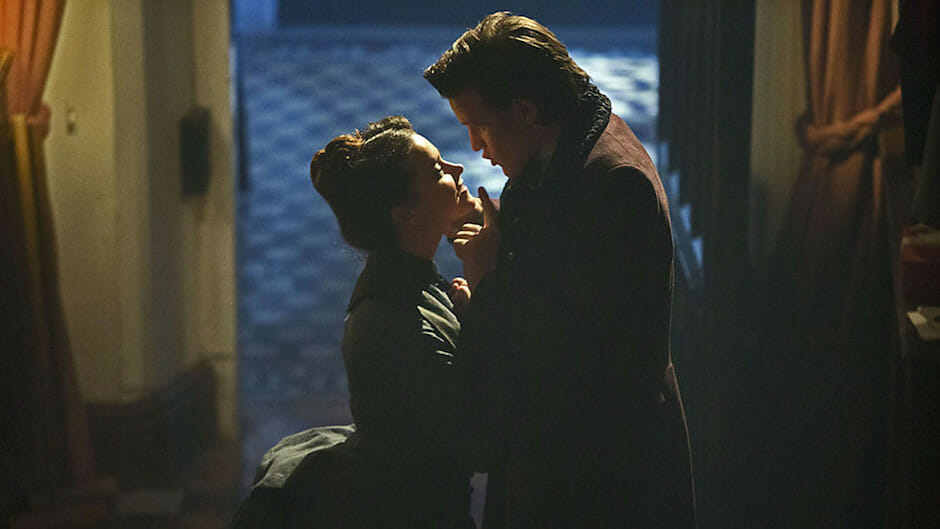 In Asylum of the Daleks we got to meet Oswin Oswald. Oswin passed the time by baking souffles but it did not end well for her.

Now, in the 2012 Christmas Special, The Snowmen we get to meet Clara Oswin. They look the same. They both like souffles; although why Clara Oswin decided to share that information is a bit of a mystery – though it certainly planted a clue for the audience.

Who will the new Companion be? Clara Oswald. The full name seems to be Clara Oswin Oswald.

We’ve had The Impossible Astronaut already and now it looks like we might have the impossible girl.

So – what’s going on? It’ll likely be the mystery that keeps us going until the 50th anniversary. There are already theories in play; we’ve “Can the Doctor Save Oswin and the Who Paradox?” as well as questions like “Is Oswin Oswald really the Doctor’s Next Companion?”. As an outside shot; is there any connection to the Great Intelligence?

Here’s your chance to earn some Whovian cred. Use the comment section below to share your theory. Who is Clara Oswald the Souffle Girl?

Who is Clara Oswald the Souffle Girl? [spoilers, speculation]

Geek Stuff It’s smaller on the outside

Art Colourful Doctor Who posters
💰 Copper Coins 💰 Geek Native is an affiliate and may earn commission on purchases you make from third-party sites.
🍪 Privacy & Cookies 🍪 The site uses cookies to survive. By accessing the site, you agree to use your browser to control cookie use or take 1d4-3 privacy damage (tracking). If you defeat cookies via ad blocking, please consider the Patreon. An intro to cookies, and how to control them, can be found here. I Manage Cookies