Infinite X Studio’s Quantum RPG was born of Kickstarter and has been generous with the previews. Joshua Frost has already made the beta test available as a free download. That same beta test PDF had a black and white cover.

Here is the finished version; 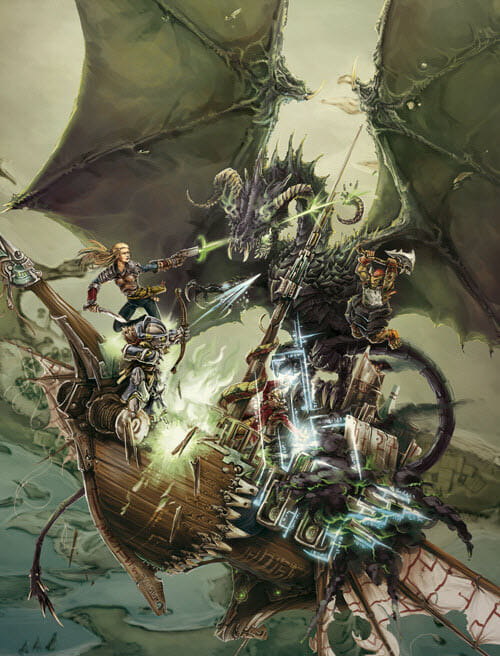 The cover is more than just art. It’s the start of a story. Frost writes;

One of our layout theories for the core rulebook is that every piece of half-page art is a scene in a continuous story. That story begins on the cover.

On the cover we see the book’s heroes, Fin the automaton archer, Cole the azi progenitor, Porphyrion the mutant revear and the human valkyrie Taatyana try and deliver a secret device to Cole’s bosses at The Progenancy. Taking a route through a dragon’s territory was unwise as the airship is attacked. We can see the archer, reaver and valkyrie try and tackle the dragon while Cole stretches the bounds of her Equations to keep the damaged ship in the sky.