You are here: Home / Games / Console / Do the NeverDead teaser videos live up to expectations?

I rather liked the pitch and artwork from NeverDead. We had a hero who could not die. A world living under threat of a demonic plague. We had action and angst in equal measure.

I’m not sure about the teaser videos they’ve released though. The game looks too chaotic for my tastes.

First up is a boss battle against Alex. I’m not sure what this video shows except answers for people asking; “How do I defeat Alex in NeverDead?”

Next up is another boss battle. Once again people asking; “How do I win the Panda Bear boss fight?” might be happy. Although the video shows a little more… it’s just, well, it just doesn’t hold my attention.

What do you make of it?

Do the NeverDead teaser videos live up to expectations?

time to read: 1 min
Cool Tech The Asus PadFone will dock with the Transformer ke… 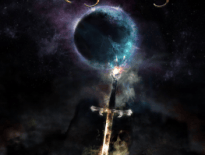