You are here: Home / TV / Beez Entertainment to close?

“BEEZ no longer exists,” says a post on the French site Forum Gundam after Google Translate has had a bash at the text.

As UK Anime point out we’re still waiting for confirmation – let alone for an English language statement or what this means for BEEZ in the UK.

At this time it’s not clear what the fate of announced but not yet published lines will be. Fans can only hope for the best. This is one of those times when we all hope there is no fire for the smoke. 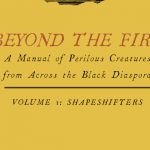