You are here: Home / TV / Hasbro working on a D&D TV series

The Hasbro earnings call happened yesterday and Wizard of the Coast’s owner seems to be doing okay. It might be hard dealing with logistics during the pandemic, they spent a lot on eOne which hasn’t been able to film much, but people are buying stuff to do at home.

Brian Goldner, the Chairman and CEO of Hasbro, mentioned the upcoming D&D film on the call and then added;

They’re also working on a couple of different approaches, because there is so much mythology in Canon to DUNGEONS AND DRAGONS for live action television. And there’s been very strong interest. We’ve talked about how many global streamers and other terrestrial broadcasters have been very interested in DUNGEONS AND DRAGONS.

It’s early days, then, without an agreement in place but Hasbro is working on a D&D series. It’s conjecture, but they may be putting together a proposal to pitch to interested TV network or global streamer partners.

Goldner went on to talk about a My Little Pony CGI film they’re working on and how Disney+ is giving Hasbro IP positive news.

We then have Dark Alliance from two games that comes in 2021, as well, and the team is making great progress there. We’ve seen some of the early work and that’s very exciting as well. And then there’s a raft of games that talks about the R&D work that’s going on. [The Rafter] games that will come in the future for years 2022, 2023, 2024. It’s all in development as we speak, and it will line-up with the initiatives of those brands, as well as with our entertainment approach that we’re now developing, fully developing.

At the start of the call, the company said that Magic: The Gathering had had a strong third quarter. Hasbro has never had such a large cash supply at the end of Q3 before.

Revenues from the gaming portfolio are up 21%. Those figures exclude the return of HeroQuest as the money raised from that has been recognised with future earnings. 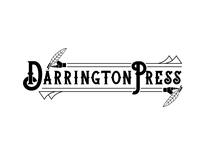 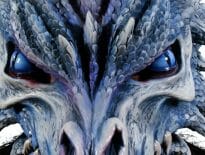