EA have released a video for Mark of the Assassin. This is DLC for Dragon Age II. It’s also timed to support the web series Dragon Age Redemption. You can watch the first episode of Redemption here.

If you think the assassin in Mark of the Assassin looks a lot like Felicia Day and Tallis then EA will be pleased to know their experiment in face-mapping has worked and their money was not wasted. This DLC gives you or very own computer game access to Felicia Day in her booby suit assassin armour. 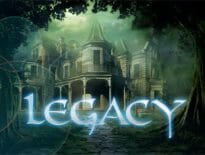