You are here: Home / Music / I love you Nintendo – the rap

This particular rap was written and performed by the same talent – one Mr Alex Hanly. If you like Hanly’s stuff then you can listen to him and Jason Church’s video games, movies and music podcast via iTunes by subscribing to Roboboots. It’s free.

I love you Nintendo – the rap 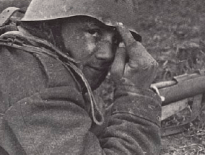