You are here: Home / Geek Stuff / Cool Tech / Funimation gets their first with their Nintendo Switch app

I watch almost all my anime from streaming services like Funimation, Crunchyroll, Amazon Prime, and Crunchyroll.

I have the apps on my Pixel 4 XL, and if I had a larger but portable screen, I’d absolutely want the apps there too. You know, something like the Nintendo Switch.

It’s good news for Nintendo Switch owners as they can now get the Funimation app.

The launch of the app on Switch is timed with a refresh of the app in general. New features include a new curations page called “My Anime” and a launch schedule to track what’s coming.

Nintendo Switch is just the first device Funimation’s app is available for. PlayStation 5 and Xbox Series 5 have been confirmed, with more hinted. I hope those additional apps include either a Samsung smart TV app or an Amazon Fire TV app.

There are two catches. The first is straight forward. To use the app, you do need a Funimation Premium subscription, but you can get a free trial here to test.

The second catch is geographical. The app is only available in the USA, Canada, Ireland and the United Kingdom.

We will always go where the community wants their anime, and Funimation is 100% committed to listening to and servicing fans on every platform. When Nintendo Switch was a possibility in front of us, we were a resounding ‘absolutely’ with the opportunity to further serve fans. Our teams approached the partnership with a shared goal to create a uniquely engaging app experience built for anime fans. That passionate approach paid off with a compelling and immersive touchpoint that was purpose-built specifically for our audience.”

Funimation are gearing up to host what might be the biggest anime event of the year. That’s the Demon Slayer – Kimetsu no Yaiba – The Movie. You can watch a trailer for Mugen Train in English on Geek Native.

Funimation gets their first with their Nintendo Switch app 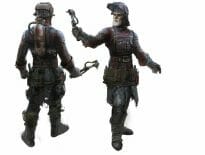 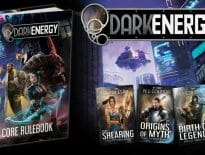