Previously, I’ve made my way through some of the Undying Mercenaries series from B.V. Larson with tales like Steel World.

So I recognised the author’s name but not Starship Pandora when I saw it in my Audible library.

I don’t think it was one of those freebies that pop in occasionally, and I think I snapped it up in a sale. It was a risk because Starship Pandora is a Star Force drama, and I’ve not encountered Star Force before. For my one Audible credit, which I like to get 20 hours for, I got just over 4 hours.

All is well that ends well – Starship Pandora is safely stand-alone, and it costs the same as a 20-hour audiobook because it has 16 narrators.

“Audiobook” is a poor term; this sci-fi is an audio drama complete with sound effects.

It’s cheesy at times, but I liked it.

Starship Pandora is a new stand-alone space drama set in the Star Force universe. When the Ancients left behind a highway of interconnected rings across the galaxy, the Imperial starship Pandora is sent to explore new interstellar connection points. However, when they meet a rogue robot, Marvin, with a mission of his own, pandemonium ensues as grotesque aliens start coming through the ring. The crew must find a way to defeat the aliens and Marvin to save their base camp.

Marvin is a master manipulator and perhaps not entirely sane. He likes to mess with fleshy humanoids in the same way Rocket Racoon likes to collect cybernetics.

I insist you don’t need any previous Star Force knowledge to enjoy this audio drama, but you do have to get through the opening chapters saying the full name of that series’ hero (I presume) all the time. So that you know what you’re missing.

The main voice talents are;

If I hadn’t just written ‘Newcome’ you’d finish the listen being convinced that Graeme Malcolm’s character was called Admiral Nuke’um.

I do dabble in audio dramas in Audible now and then. They’re an expensive treat, and while they’re not better than an audiobook they are different. I like to mix it up now and then.

I liked the sci-fi romp, but I’m not tempted to dig into Star Force. I’d rather continue with the long Undying Mercenaries series.

What I’d urge is that you listen using headphones for maximum effect. I did, and I’m sure I’d not have benefited from the audio effects as much without them. 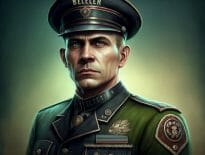 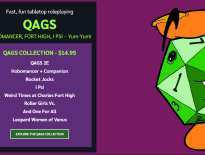