I’m just finishing listening to Rendezvous with Rama by the sci-fi go Arthur C. Clarke, and hopefully, a review will follow.

I’ve been inspired by a character called Laura Ernst, first, who’s the spaceship’s doctor. Or, more precisely, she’s the Surgeon-Commander.

I found that quite a sinister rank! If that had been a military rank rather than a space command rank, it would be a weird mashup of heal and harm.

I asked myself if I could come up with other sinister military ranks. Here’s what I managed.

Would any of these fit your RPG world-building or writing? My favourite discoveries from this post are Empiric and Bleeder, both old terms for medics or healers.

Next up in my audiobooks is Dan Abnett’s Warhammer 40K Eisenhorn sequel Malleus. I spot a trend! 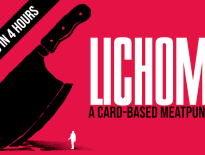 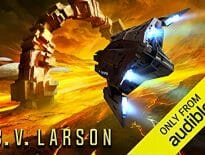 Books Marvin the sinister surgen: A review of B.V. Larso…
wpDiscuzComment Author Info
Manage Cookie Consent
This site uses cookies 🍪, and links are ads that may earn bloggers some money 💰, and with this alert, I very much hope that these dark truths 🧌 are acknowledged.
Manage options Manage services Manage vendors Read more about these purposes
Preferences
{title} {title} {title}
Loading Comments...