You are here: Home / TV / Anime / Gentle romance and death magic: A review of The Ancient Magus’ Bride

Sure, yeah, the Amazon image of The Ancient Magus’ Bride (part one) has an M for Mature sticker on it warning of violence. I found it to be a gently moving anime about love and trust.

The anime starts at an auction where a young human woman is being sold. That’s a dramatic start. It gets even more impressive when a sinister and towering figure dominates the room and buys her for millions. In this scene, Chise Hatori is sold to mage Elias Ainsworth.

Ainsworth, also known as The Child of Thorns, isn’t wearing a skull helm. That’s is face. At least, that’s his face most of the time. He’s more fae than human. He lives somewhere in England under the close watch of the Church.

The Church, of course, seems to have no problems with the demonic magic user buying a young woman.

Ainsworth gives Chise all the space she needs. It turns out that she’s a particular type of human – a Sleigh Beggy. This means she’s a great source of power but that her magic levels are so high that she’ll die soon.

Did the ancient magus buy a battery rather than a wife?

Chise, though, is charming and befriends everyone she meets. She’s given gift after gift by powerful supernatural creatures so that her powers might be dampened and her life extended.

This part of the story is slow and sometimes surreal. It’s like reading a gentle English folklore story about pixies. Things get a bit more tense, a bit more real when Chise encounters a black dog. If you know much about British folklore (I think Scotland, England and Wales all have black dog stories), then you’ll know it is often the omen of death.

Death may well come in the form of a murderous creature called Cartaphilus. This thing appears as a young boy but is older than Ainsworth and seems only interested in causing suffering and pain. The beast, cursed for a terrible sin, is immune to Chise’s naive charms.

It’s a slow sucker punch. Yes, there’s been drama and tension, but it’s been so wonderfully animated, with smiles and trustworthy characters that even the ‘horror stories’ seem safe and secure. You know Chise, and her strange skull-face mage has even the most dangerous situations more-or-less in hand. Until now, the story has been about whether there’s any sort of relationship between Chise and her ‘master’.

Not with Cartaphilus. This horror rocks our world and Chise’s certain doom suddenly seems paramount. It’s to the credit of the writing team that The Ancient Magus’ Bride can then escalate the action without losing the sense of mystique that it had been so carefully growing.

Overall? The Ancient Magus’ Bride wasn’t the story I thought it was going to be. The dramatic and sinister start doesn’t develop along the lines of horror. Who knew it would be a successful mix of death and life, of wonder and of domesticity?

I liked it far more than I thought I would.

My copy of The Ancient Magus’ Bride was provided for review. It is out on disc in the UK care of Manga UK and now streams at Funimation.

Are you a fan of the show? If so; why does the story of the Sleigh Beggy work for you?

Gentle romance and death magic: A review of The Ancient Magus’ Bride 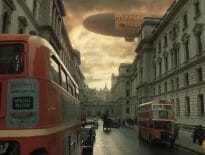 TV A DC world we’ve never seen before: A Pennyw… 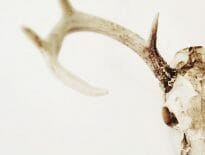